The Ideological Vacuum in Kenyan Politics

Africa is a Country

A group of young, Kenyan intellectuals is intent on magnifying the legacies of freedom fighters such as Pio Gama Pinto, the first political leader in their country to be assassinated after independence.

In Kenya, the elite class of intellectuals serves systems of oppression by revising history to sanitize the legacies of dictators such as Jomo Kenyatta, Daniel Arap Moi and their neoliberal descendants like Uhuru Kenyatta. This, while erasing the history of freedom fighters such as Bildad Kaagia and Pio Gama Pinto.

Kaagia was part of the Mau Mau Central Committee that launched the war for independence in Kenya and opposed the land grabbing initiated by African elites, led by the elder Kenyatta, who took power at independence in 1963. Pinto, another freedom fighter and a close friend of Kaggia, also opposed the unequal distribution of land and wealth. Pinto was a selfless individual who believed in a free and fair society in which the government would ensure that everybody had access to basic needs and rights, and he fought to achieve that.

We are part of a group of young, Kenyan intellectuals who want to make public the histories of figures like Kaagia and Pinto. The latter is particularly significant as he became the first Kenyan political leader to be assassinated after independence. Pinto was murdered in 1965 when he was only 38. He is also the subject of our first book as a collective, Kenyan Organic Intellectuals Reflect on the Legacy of Pio Gama Pinto. 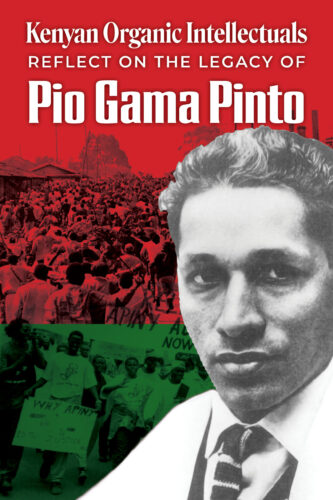 Pio Gama Pinto was born on March 31, 1927 in Nairobi. In his short life, he wore many hats as a freedom fighter, journalist, writer, and politician. In 1964, Pinto, who was closely involved in the ruling KANU party, was elected as a member of parliament.

In his brief stint in post-independence politics, he vehemently opposed what he saw as a betrayal of those freedom fighters against British colonialism and how a small elite amassed vast wealth after independence.

For his outspokenness, Gama was assassinated. He was shot in the driveway of his Nairobi home as he was waiting for his gate to open. His daughter was in the car.

As Kenya’s first political martyr in 1965, Pinto is one among the many who remind us of the importance of fighting for social justice. As young people who chose to reflect on the contribution of Pinto 56 years after his assassination by the government of Jomo Kenyatta, we show that there is a generation of youth who are fighting for an alternative method to the violence of neoliberal capitalism.

The censorship in historical accounts of revolutionary struggle stalwarts such as Pinto takes place at every point where neoliberal knowledge is being produced and distributed — at the universities, in media institutions, and other places of learning.

We are forbidden to challenge the interpretation and distorted history that made us a passive population. During the tenure of President Daniel Arap Moi in the early 1980s, Marxists and progressive literature that was deemed too radical were banned from the universities. Radical scholars like Maina Wa Kinyatti and Ngugi wa Thiong’o were detained for exposing true history to their students, while spies were embedded inside universities to monitor what was taught. The dominance of neoliberal knowledge has greatly affected our thinking by masking crises created by capitalism.

On May 29, 2021, 14 writers gathered at Cheche Bookshop in Nairobi, at the first meeting to launch the Organic Intellectuals Network. The network aims to generate writers and thinkers inside the movement advocating for social justice. We are from diverse backgrounds, coming from Ukombozi Library and the social justice centers. We are connected by the need to participate in the struggle for social justice and revolutionary change in Kenya.

Our discussion at the bookshop gathering focused on how best to investigate our society through research, and apply our writing skills to deconstruct ruling class knowledge. We decided to write a book about Pinto, an extraordinary Kenyan freedom fighter. 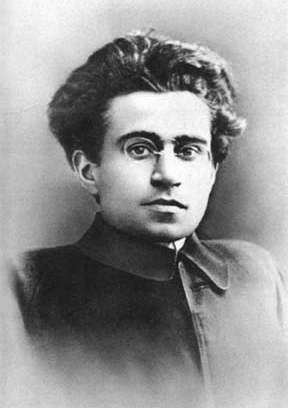 Antonio Gramsci around 30 in the early 1920s. (Wikimedia Commons)

Inspired by the legacy of the Italian writer and activist Antonio Gramsci, our mission was to continue the work of abolishing censorship by ruling class education, to inspire change by using tools of historical and dialectical materialism to analyze society and produce knowledge that is rooted in the struggle of the common people.

We wrote this book especially for young people, a generation likely unfamiliar with Pinto as a symbol of resistance and representation of progressive politics of his time. We know that Pinto did not act alone. We have chosen to magnify his legacy because there is an ideological vacuum in current politics.

This book is also relevant because not only are we writing within our various social movements and referencing our personal experiences in relation to the life of Pio Gama Pinto, but also using this documentation as material for political education in study cells conducted at the social justice centers and within other social movements that we are involved in.

The collection is published by Daraja Press, with a foreword by Linda Gama Pinto, Pio’s daughter, and an introduction by Shiraz Durrani, the editor of PioGama Pinto, Kenya’s Unsung Martyr, the inspiration for our reflections. Apart from our collection, there are other projects that keep the memory of Pinto alive. They include the podcast, “Until Everyone is Free,” which narrates the story of Pinto in Sheng (a combination of English and Swahili). The Mathare Social Justice Centre also created a commemoration and study of the life of Pinto at his grave to coincide with the day of his assassination, Feb. 24.

After months of compiling and editing the reflections, we organized a launch of the book on Dec.12 2021, also Kenya’s Jamhuri (Independence) Day. We chose Jamhuri Day to challenge the government celebrations of Uhuru Kenyatta that are disconnected from the masses.

Pio Gama Pinto believed that uhuru (freedom) must truly mean freedom for the people to be free from exploitation and poverty. He was among those who were courageous enough to speak out against land injustice by a government that left many landless.

We chose to commemorate Jamhuri Day in a radical manner to symbolize that Pinto’s vision endures and from his spark a thousand socialist beacons have been born. We are a generation that refuses to be complacent and accept the crumbs from the tables where capitalists sit. As workers who produce the wealth of the world, we have the power to seize the present and future free from oppression, and in which workers own the means of production. We owe it to ourselves to do just that.

The Kenyan Organic Intellectuals Network will continue to be a platform for emerging writers within social movements. We have also published our writings on the crises of capitalism in Nairobi on the Mathare Social Justice Centre website. We have upcoming reflections on the despair brought about by NGOs operating in the workers’ movement. Our study is based on Issa Shivji’s book Silences in NGO Discourse: The Role and Future of NGOs in Africa.

This article is from Africa is a Country and is republished under a creative commons license.

The views expressed are solely those of the authors and may or may not reflect those of Consortium News.