“They kept bringing prospective buyers for us but luckily none of them took us because we are not beautiful and we were always crying and holding on to each other. We tried to kill ourselves and the man who was holding us promised not to separate us, but he was becoming more and more impatient. He wanted to get rid of us, to unload the responsibility for us on to someone else, and if we had not managed to escape it was only a matter of time before we would have ended up married by force or sold to some men, like many other girls.” – Yezidi teenager, escaped from ISIS captivity 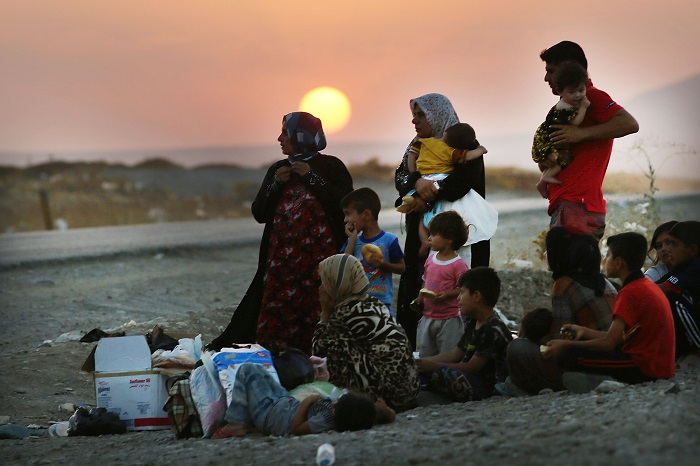 In August 2014, soon after news broke about the kidnapping of 3,000 Yezidi Kurdish women and girls by ISIS fighters in the Sinjar (Shengal in Kurdish) province of Iraq, representatives from several women’s organisations gathered together in the Kurdish Community Centre in north London to plan solidarity action for those young women. It was clear to all that while the West geared up for another round of bombing in the Middle East, what was really needed was solidarity with the women of the region, an understanding how violence against women is a weapon of war, and to recognise the autonomy of the women of the region in defending themselves and resisting patriarchal violence.

Militarism goes hand in hand with patriarchy. Violence in war is perpetrated largely by men and suffered disproportionately by women, and yet, the voices of women as both victims of gendered and sexualised violence or active agents of resistance to that violence are largely ignored. Our Alliance is an attempt to raise the voices of those women resisting aggression on the ground, as members of the People’s Protection Units (YPJ) or as teachers, doctors, politicians, aid workers, and carers.

The Women’s Alliance seeks to build a broad platform of solidarity with the Kurdish women’s movement. Our activities include:

ABOUT THE ROJAVA REVOLUTION

Since the onset of conflict in Syria, the Kurdish people in the north of the country have been involved in a fierce resistance to 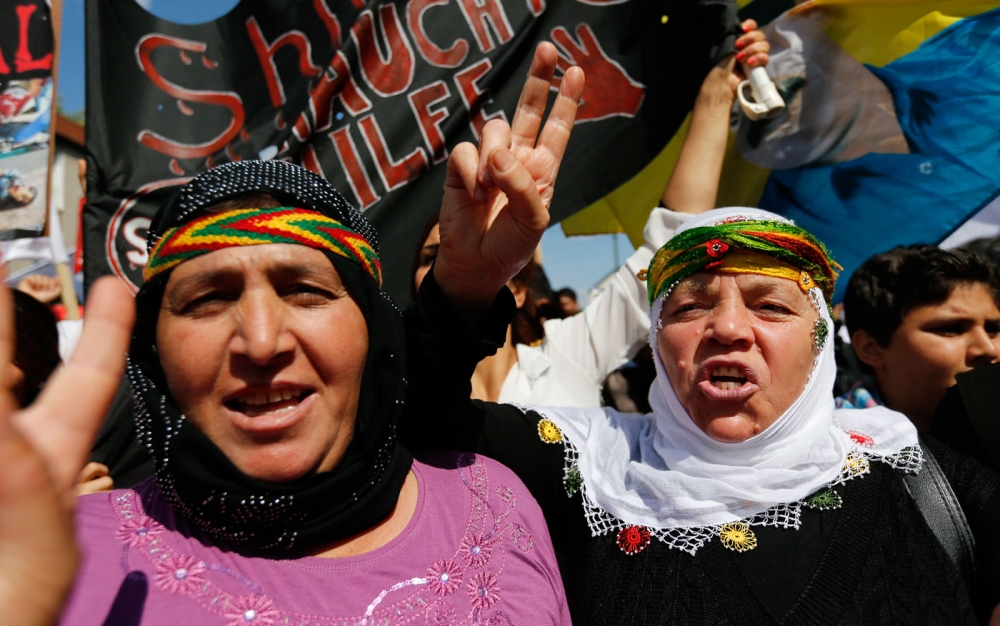 jihadist groups, including Jabhat al-Nusra and ISIS. While the world turned away, the latter were encouraged to take part in the overthrow of the Assad government and were given training, funding, logistical support and arms from various regional and international powers with vested interests in the region, including the US, Turkey, Saudi Arabia and Qatar. Indeed, ISIS owes its origins to US interventions in Iraq. Its fighters openly entered Syria across the Turkish border.

We believe that self-determination and self-defence are key principles for liberation from imperialism, capitalism and patriarchy. Women in the Democratic Federation of Northern Syria, sometimes known as Rojava, a newly autonomous  region of northern Syria, are embodying these principles in their resistance to ISIS. However, this didn’t appear from nowhere: the Kurdish Women’s Movement has been developed over two decades amidst the Kurdish struggle for liberation, and has pushed women to the forefront in the fight against oppression and discrimination. The grass roots democratic structures now include all ethnicities in the region and actively challenge sectarianism. Women make up 50% of the fighting forces and over 40% of elected representatives in Rojava, and within their political parties in Syrian and Turkish Kurdistan. Jineology (the science of women) sees gender equality as integral to democracy and freedom for all of society; that to capitalism and statism, the liberation of women is essential. The social contract of Rojava, which is the region’s constitutional document, “guarantees equality…in all walks of public and private life”; makes the co-chair system (one man and one woman as joint chairs of any political or civic body) legally binding; and prohibits polygamy, child marriage, forced marriage and bridal dowries.

Join us! If you want to be kept informed about our activities, or would like to suggest some of your own, get in touch with Melanie: knklondon@gn.apc.org

Members of the Women’s Alliance: