This timely meeting took place on 30 November at the Free Word Centre in London. Peace in Kurdistan, like Pen, is determined to keep a focus on  what is happening in Turkey and to not allow the mass violations  to happen under the cover of the currently more newsworthy invasion of  North East Syria. 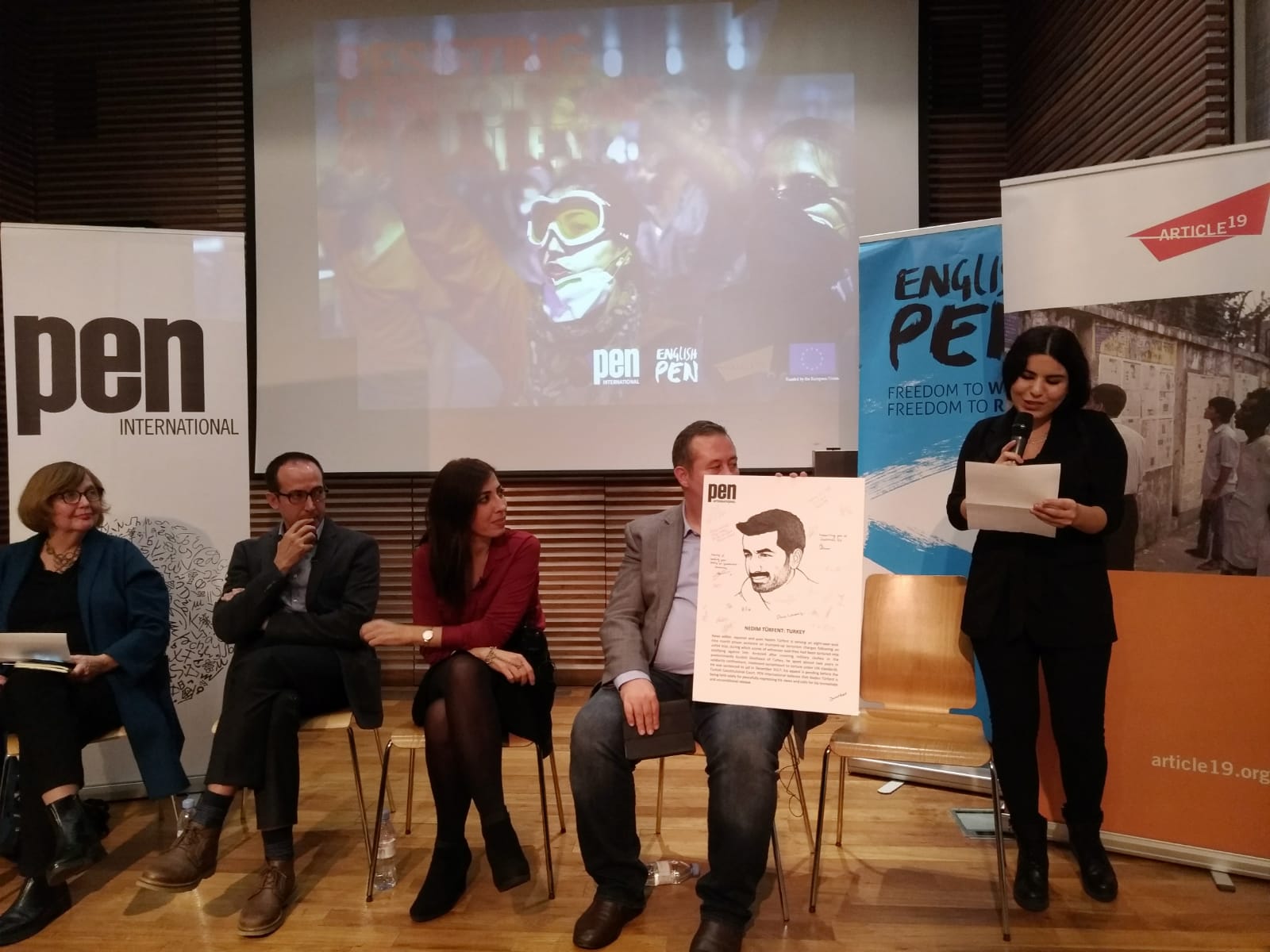 The situation for writers and journalists  in Turkey continues to deteriorate and independent media has been all but wiped out and at least 117 journalists are behind bars, making Turkey the biggest jailer of journalists in the world.

The audience heard stories of writers, artists and activists from Turkey who continue their work despite mounting pressure to self-censor. Award-winning writer Burhan Sönmez, investigative journalist Nurcan Baysaland lawyer Gökhan Ahiwill shared experiences of being harassed and imprisoned for their work, and discussed how people in Turkey remain determined to speak out in the face of censorship. The event was
moderated by author, journalist, translator and Chair of English PEN Maureen Freely