Report on a meeting held on 7 July 2015 at the House of Commons on “Witnessing HDP’s victory in Turkey: Election monitors report back” hosted by Kate Osamor MP. 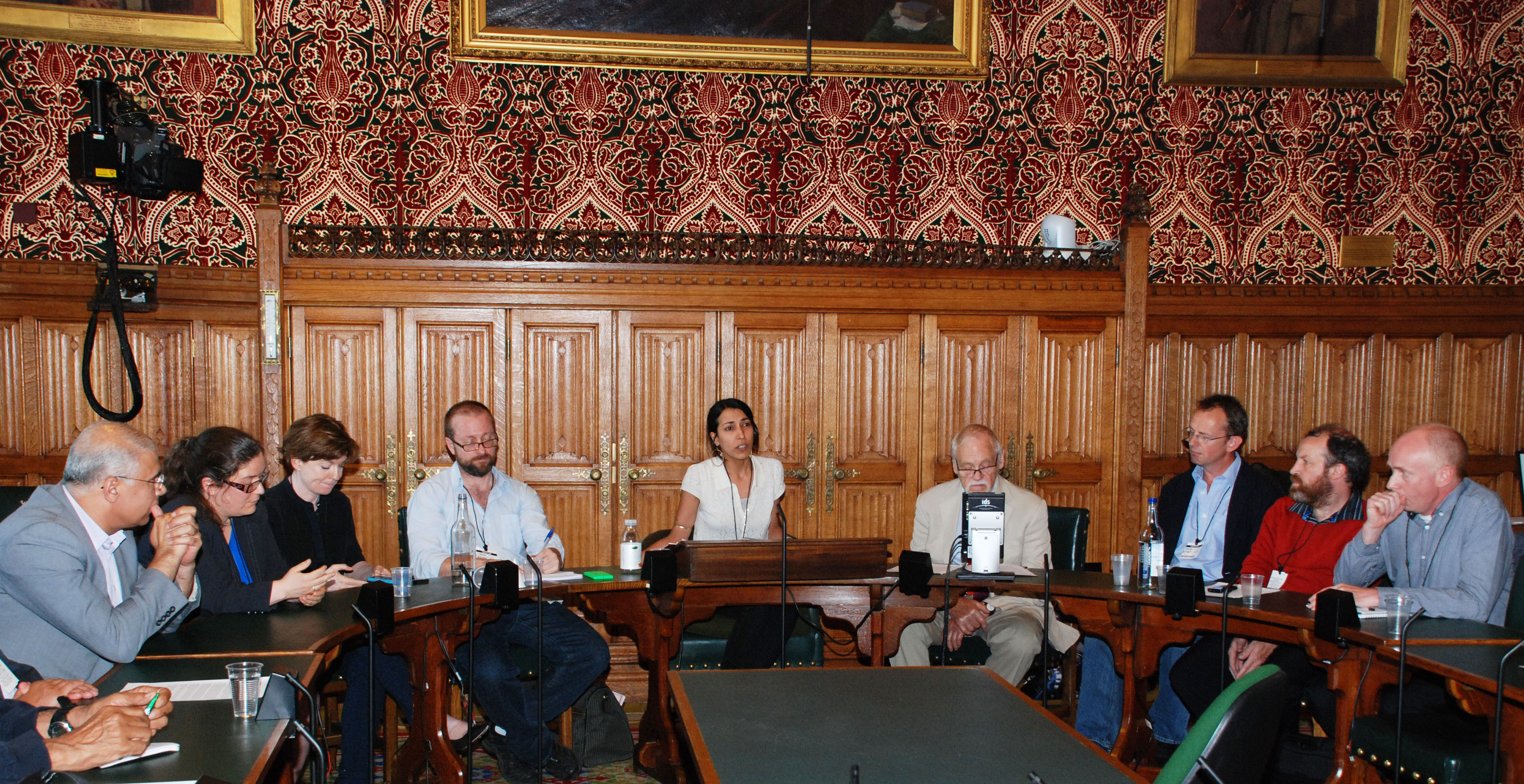 The HDP was formed by a coalition of socialists, left-wing democrats, LGTB activists, greens and individuals from different ethnic groups and embraced the principles of democracy and human rights.

The team of election observers from Britain consisted of lawyers, academics, human rights advocates and journalists, who had the opportunity to witness the vital election in the cities of Diyarbakir and Gaziantep and spoke to Human Rights activists, representatives of trade unions and candidates of the HDP in visits to hundreds of polling stations on the Election Day.

On behalf of the delegation Dr. Miley had written a statement which was read by him at the meeting. While the statement reveals the election period comprehensively, it also emphasizes that “Turkey’s elections in June marked a historic turning point for the country.

The statement indicates that political tension was high across the country during the campaign and this was due to President Recep Tayyip Erdogan’s authoritarianism, and his aim to increase presidential powers by changing the constitution to convert the Parliamentary Republic into a Presidential regime.

“Throughout the campaign, HDP election offices, bureaus, and activists were the targets of harassment, intimidation and violence on over 170 occasions. Indeed, during our brief stay in the country, we witnessed murderous provocation up close in Diyarbakir twice: first, at the HDP’s final election rally on Friday, where bomb explosions killed 3 and wounded over a hundred; and second, two days after the election, when 3 HDP supporters were gunned down at a coffee house that had been used as an election bureau during the campaign.”

The statement describes this tragedy as a result of the popular support for the HDP, came with a price of  deadly attacks and violence on the part of the Turkish state and the AKP government.  This meant that the HDP’s representation in parliment would prevent Erdogan’s ambition of declaring himself as a powerful executive president.

However, regardless of all the provocations, the HDP did not change its moderate message throughout the election, – it “displayed consistent courage and restraint, while repeatedly expressing their commitment to both a peaceful resolution to the Kurdish question as well as to a deepening and strengthening of democracy throughout Turkey.”

Thus the party’s message helped secure the support of some Turkish voters who may previously have had reservations towards the HDP.

The HDP’s decision to run as a party, and not with independent candidates as the pro-Kurdish parties had done so far, meant that if they failed to pass the 10 percent threshold they would end up with no representation in parliament at all. Despite of all the disadvantages, the HDP scored a great victory in the election, received more than 13 % of the national vote which is more than they needed to enter parliament.

The result of elections surely wasn’t what the President Erdogan wanted and in fact was a major defeat. The AKP failed to secure enough seats in parliament to form a majority government for the first time in 13 years.

The statement confirms the success of the HDP in achieving reconciliation between the Kurds and the wider population in Turkey and managing to broaden its appeal well beyond the Kurdish issue. The victory of Kobane and Kurdish movement also played an important role in the HDP’s rise. In its dealing with the battle of Kobani, the AKP government lost the support from many religious and conservative Kurds.

The statement concludes that the election result was a major victory for democracy in the country and raises hopes of a new constructive phase in the Kurdish peace process  and important step in the reconstruction of a united Turkish left as a result of the HDP’s representation in the Turkish Parliament.

Photojournalist Sean Hawkey captured the explosions at the Diyarbakir rally. He showed a series of photographs and specifically talked about the bombings that he witnessed in Diyarbakir two days before the election.

Sean Hawkey. an election observer representing the Green Party, said:  “As those bombs went off, the police all around the rally began firing tear gas into the crowd. So what does this say about the state institutional apparatuses and their relationship with Kurds and HDP? And I think that was the most telling thing. It wasn’t some lunatic out there who have done this on their own. This was something supported. The environment were being created and supported by the state. 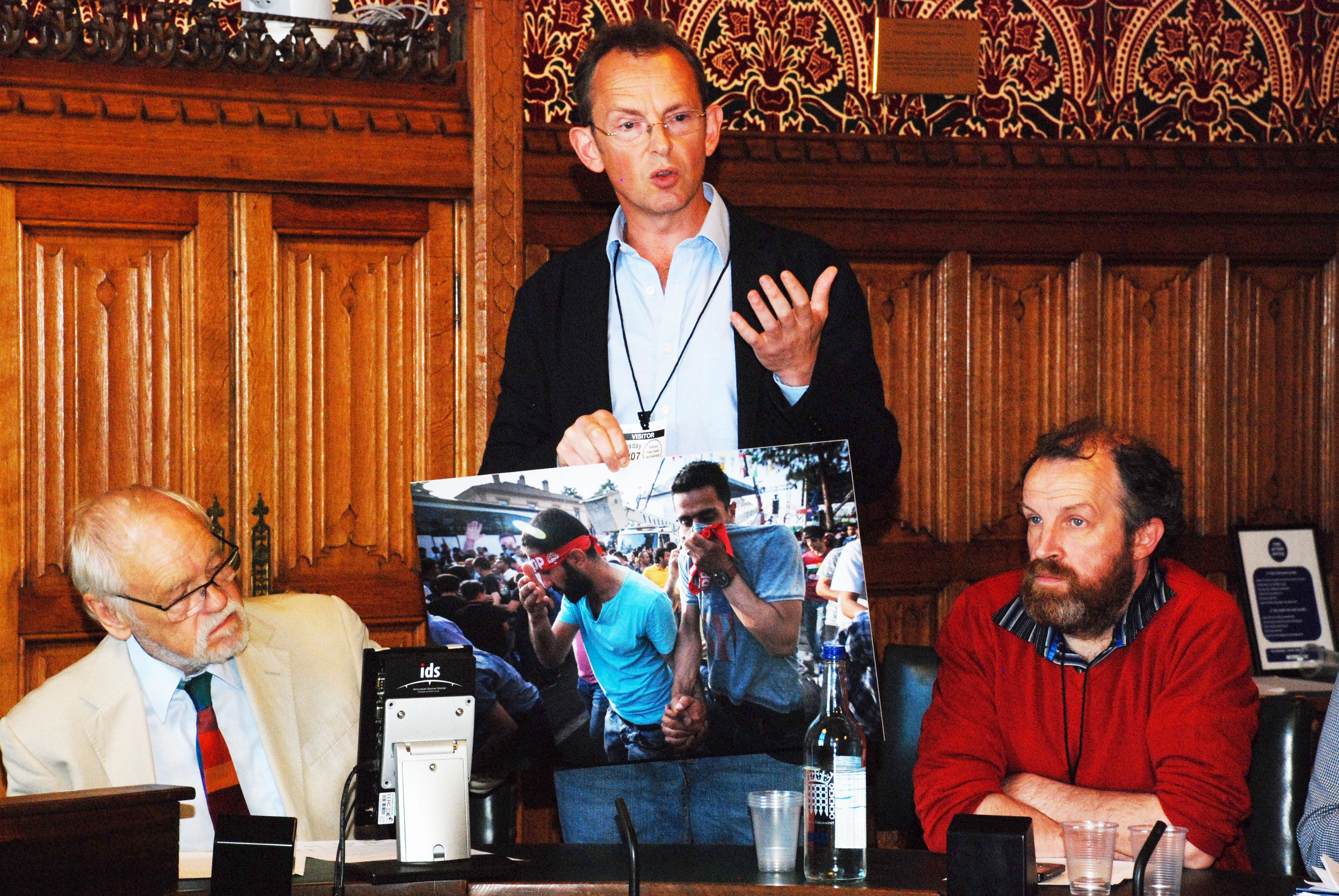 Another speaker, Derek Wall, International Coordinator of the Green Party of England and Wales, was not part of the election observing team, but he highlighted the importance of the concept of confederation of self-governing communities.

In terms of having fundamental democracy and building a confederal system to unite other nations and identities, Mr Wall said: “There are a few a political actors on the planet who have the courage to do this. Where I see people attempting to do this the most on this planet is with HDP and in Rojava. These results can inspire people in Britain.”

Melanie Gingell and Bronwen Jones both believed that “Gezi” – the mass protest movement started in a park in Istanbul two years ago which turned into national protests – had planted the seeds of change in people’s minds and contributed to the success of HDP.

In the face of ultra-violent police repression, the protests shook the foundations of Turkey’s political landscape and Ms Jones mentioned that during the Gezi protest, many people came to realise what Kurds have had to go through for many years. It opened their eyes to the Kurdish suffering: the killings, the violence and the repression.

She also emphasized the importance of the HDP’s success in bringing together all the social, ethnic and religious minority groups that had been increasingly marginalized under the AKP rule.