SUPPORTED BY WOMEN’S ALLIANCE FOR KURDISTAN, IRAQ AND SYRIA – PEACE IN KURDISTAN

1. (VIDEO) Did matriarchy ever exist?

The Radical Anthropology Group (RAG) evening class has been running for almost 40 years every Tuesday evening (6.45pm) during term time. Classes are free and everyone is welcome to come and listen to the talks and join discussion. Now based at the UCL Anthropology department, RAG hosts world-class speakers on a range of topics.

Prominent anthropologists and archaeologists associated with RAG include Prof Chris Knight Dr Camilla Power, Dr Jerome Lewis, Dr Morna Finnegan, Dr Ian Watts, among others. Their research covers the evolution of human life history, language, art and ritual, the archaeological record of human origins, and fieldwork on gender egalitarian hunter-gatherer societies. Jineology methods call for scientific research through the eyes of women. Inspired by Chris Knight’s classic work Blood Relations: Menstruation and the origins of culture (Yale UP, 1991), RAG has been conducting research for decades on indigenous understandings of women, ecology and freedom.

RAG is especially interesting for students of Jineology because its key focus is on the role of women in human evolution. Radical Anthropology researchers use evolutionary theory to understand how women led a revolution which made us human over 100,000 years ago in Africa. They investigate the question of what it means to be human? Is revolution against human nature? Have women always  been oppressed? What are indigenous women’s experiences of freedom? Can women’s bodies bring them power?

Practical evidence for women “making ourselves powerful” and “building a new life” was all around us. As a Perwerde delegation of US and European academics invited by Rojava University, we brought a message of solidarity to this historic congress. It was one of the most multicultural events I have witnessed with translations across four, five or more languages, and representation from multiethnic and multireligious communities, Islamic, Christian and also the pre-Abrahamic Yezidi. Women wore dazzling celebratory costumes showing off their traditions, alongside the more practical military fatigues of the YPJ (Women’s Protection Units).

Our Alliance is an attempt to raise the voices of those women resisting aggression on the ground, as members of the People’s Protection Units (YPJ) or as teachers, doctors, politicians, aid workers, and carers.

The image of ‘man, the mighty hunter’ dominated scientific thinking on the subject of human evolution throughout much of the 20th century. Until the 1980s, it was widely believed that the sexual division of labour – with males going away hunting and bringing home the meat – became established millions of years ago in a process linked with the evolution of bipedalism, tool-making and the uniquely large and complex human brain.

3. The revolution which made us human

It has often been said that no revolution can change human nature. This talk argues that, on the contrary, everything distinctively human about our nature emerged as the result of a social, sexual, political and cognitive revolution, known to archaeologists as the Human Revolution. In these turbulent times, what can the study of our revolutionary origins tell us about our present and possible future? Among all animals, only we humans have language, art, religion, symbolic culture. We possess these levels of organisation and awareness thanks to the way our unique species emerged in the evolutionary past.

Ingrid Lewis and Camilla Power join Morna Finnegan to discuss the politics of the body and hunter-gatherer morals.

1. (VIDEO) Did matriarchy ever exist?

This lecture will discuss myths of matriarchy, which are found all over the world. Is there any truth in the idea that women once exercised political power over men? Many feminists have dismissed such stories as ideological narratives invented simply to justify men’s rule. These scholars argue that biology prevents women from exercising real political power, that sexism prevails everywhere and that patriarchy has always existed. There will be discussion of the ethnographic, archaeological and genetic evidence for and against these ideas.

There is no rigid, point-by-point, inevitable correspondence between any one particular myth and any one particular ritual sequence. Rather, a basically lunar logic – that of the template central to this thesis – is at a deep level governing the practice of magical ritual everywhere, the operation of this logic spinning off ritual practices and fairy tales in an endless variety of forms.

We can with joy announce that with the ending of the first education period, the Andrea Wolf Institute has opened officially. In the frame of a first education with women from different countries we gathered for two weeks to learn and research on different topics around Jineoloji.

After one year we came together for remembering our friends and comrades Lêgerîn Çiya and Hêlîn Qereçox those had gaven the life for revolution and freedom. One year passed… We don’t forget! The martyrs don’t die!

We are glad to present this little video with the collection of many answers that women around Rojava give to the question „What is Freedom?“.  Women and girls from Jinwar to Raqqa express what they believe freedom really means, for themselves, for women, and for society as a whole.  These voices are the driving force of the women’s movement and of progressing our understanding of ethics and aesthetics.

As a liberatory framework emerging from the Kurdish movement, jineology places women at the center of the struggle against patriarchy, capitalism and the state.

5. An image of the Lalinde limestone block depicting women’s ritual menstrual synchrony, from 13,000 years ago

Lalinde plaquette is at least 13,000 years old from the Magdalenian period of the Upper Paleolithic (see p 97) 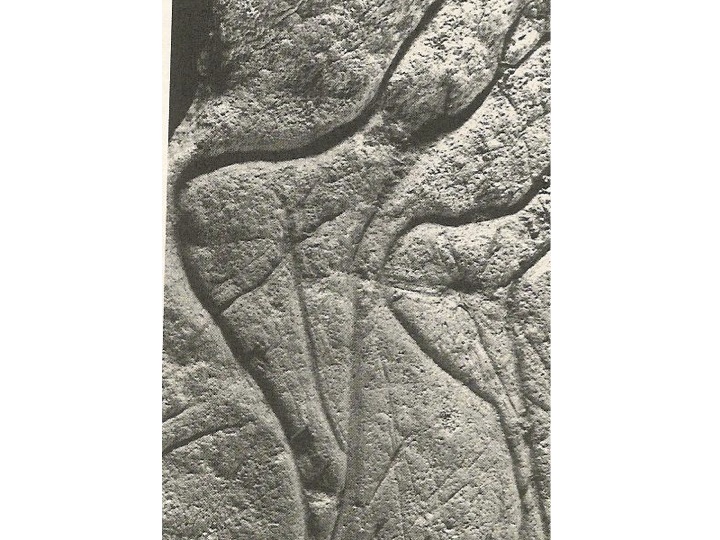