The Network Women Weaving the Future, which has organised the International Women’s Conference ‘Revolution in the Making’ 2018 in Frankfurt/Germany, is holding a new webinar series. This series will focus on Abdullah Ocalan and the Kurdish Freedom Movement’s paradigm. Below you’ll find the whole program and information on the first webinar, which will be on April 4.

Abdullah Ocalan, the founder and leader of the Kurdistan Worker’s Party (PKK) has been imprisoned on a Turkish State prison-island for more than 22-years. In 1999, his kidnap was an internationally planned NATO-conspiracy and as he remains captive in an unprecedented situation – spending most of his time in prison as a sole prisoner – even his most basic human rights as a prisoner are denied. He has no visiting rights, no communication with the outside world, and for the past year there has not been a single sign of life from him.

Despite all isolation measures, Abdullah Ocalan’s ideas continue to break the boundaries of his physical conditions. The revolution in Rojava (North-East Syria), lead by women, is based on Ocalan’s paradigm of democracy, ecology and women’s liberation. His sophisticated and developed criticism of state-civilisation, power and capitalist modernity inspires the people of Kurdistan, the Middle-East and far beyond.

This webinar series will explore, from a women’s perspective, Abdullah Ocalan, his philosophy of freedom, and the Kurdish Liberation Movement’s struggle against all forms of oppression in the quest for the freedom of all. We will uncover crucial questions including, who is Ocalan the leader and thinker? Why and how is his philosophy a source of strength for freedom seekers around the world? And why does it frighten power?

The webinar series will start with Havin Guneser from the International Initiative “Freedom for Abdullah Ocalan” presenting “Who ist Abdullah Ocalan?” on April 4 at 7pm UK time. This panel, will address who Abdullah Ocalan is through his personal and political biography. We will explore the question of Abdullah Ocalan as a leader of peoples and women in particular, while a source of fear for those who seek to dominate power.

To register please write to [email protected]net. You can watch the webinar live on the Youtube Channel “Women Weaving Future” here: https://youtu.be/0F16Ma9uik4. 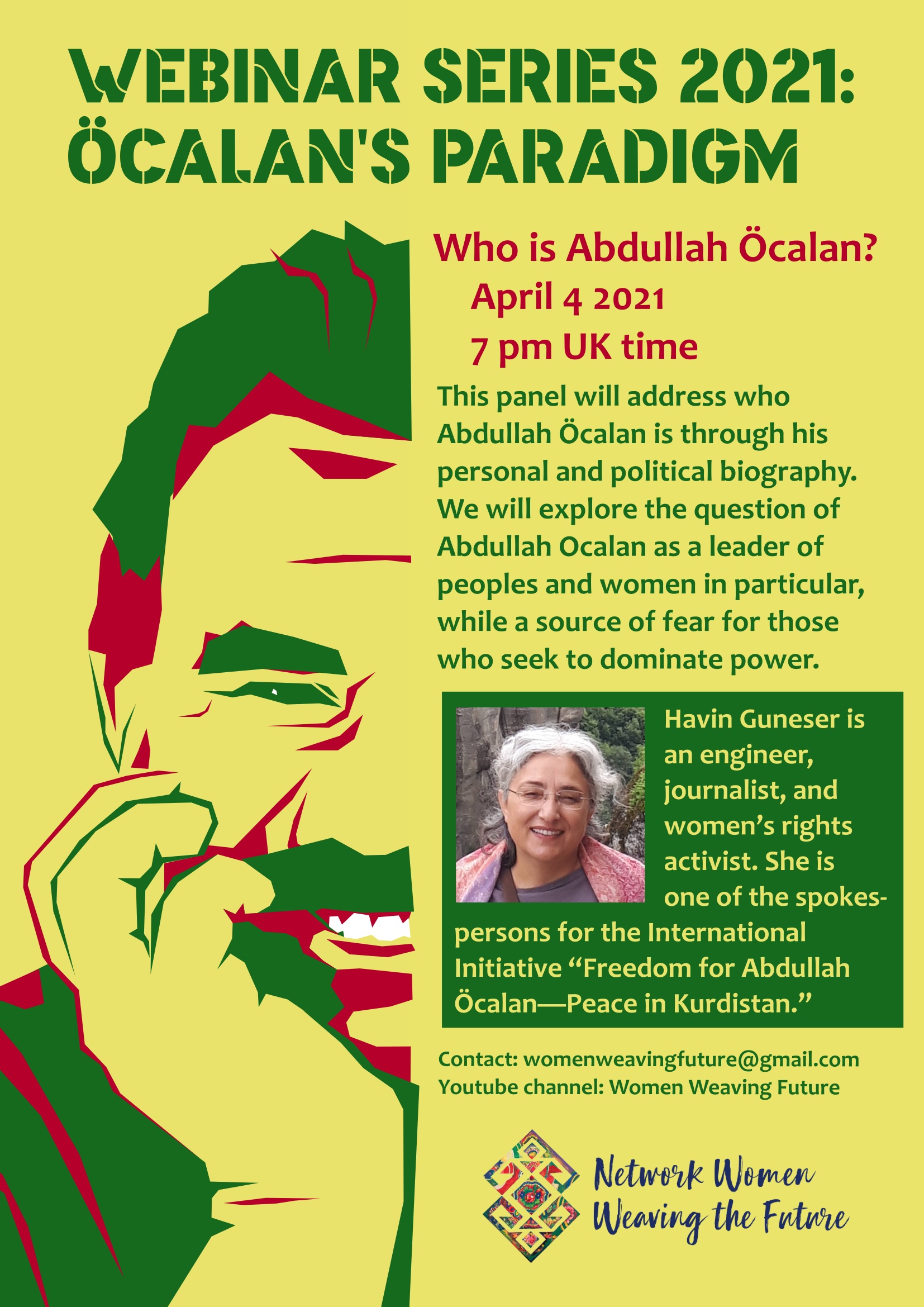 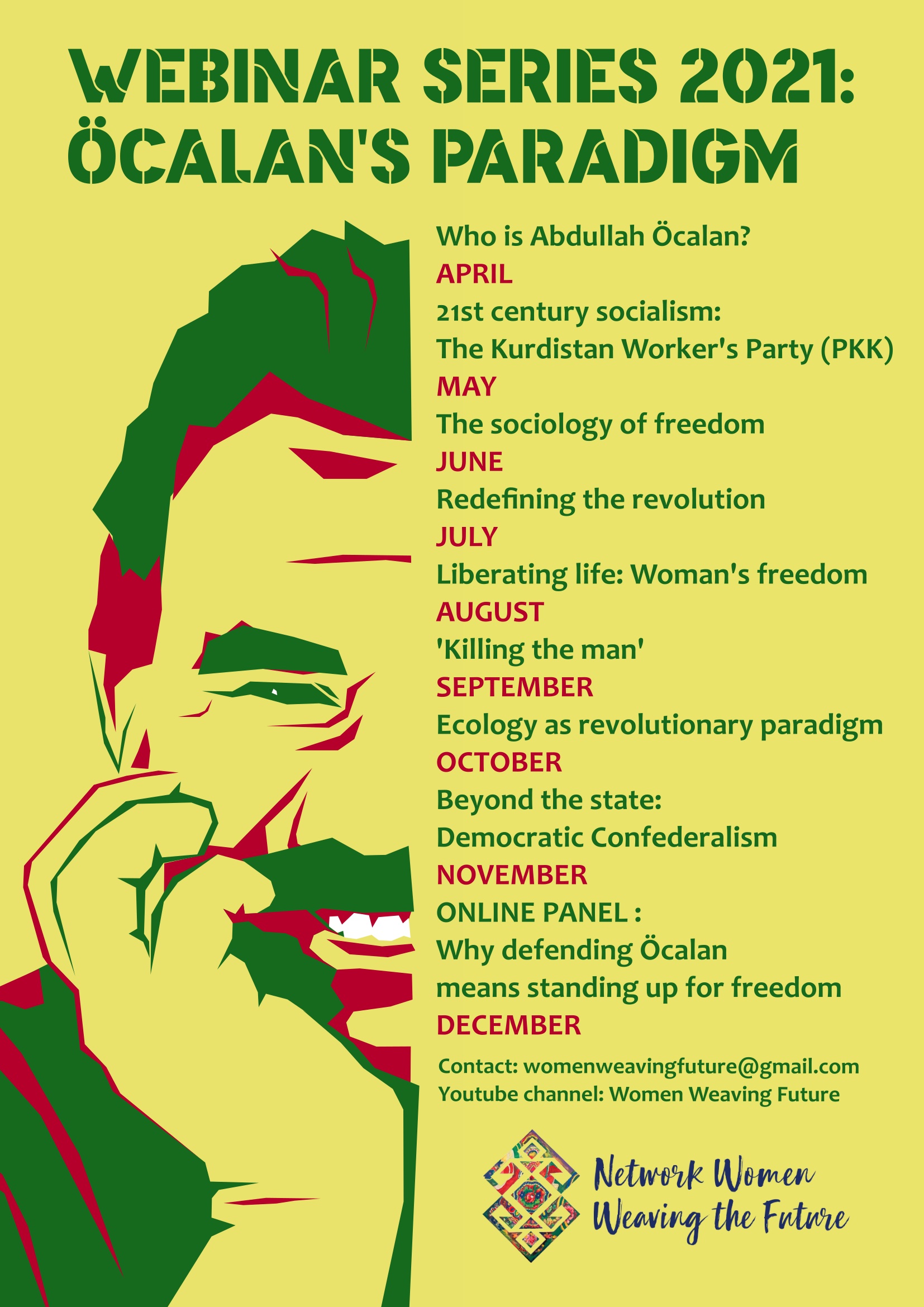