END_OF_DOCUMENT_TOKEN_TO_BE_REPLACED

Today, 9 January 2020, we mark the seventh anniversary of the brutal assassinations of Sakine Cansiz and her colleagues Fidan Dogan and Leyla Saylemez in their office at the Kurdish Information Centre in Paris on 9th January 2013. We remember them in love, respect and gratitude and pay tribute to their remarkable achievements and fortitude. END_OF_DOCUMENT_TOKEN_TO_BE_REPLACED 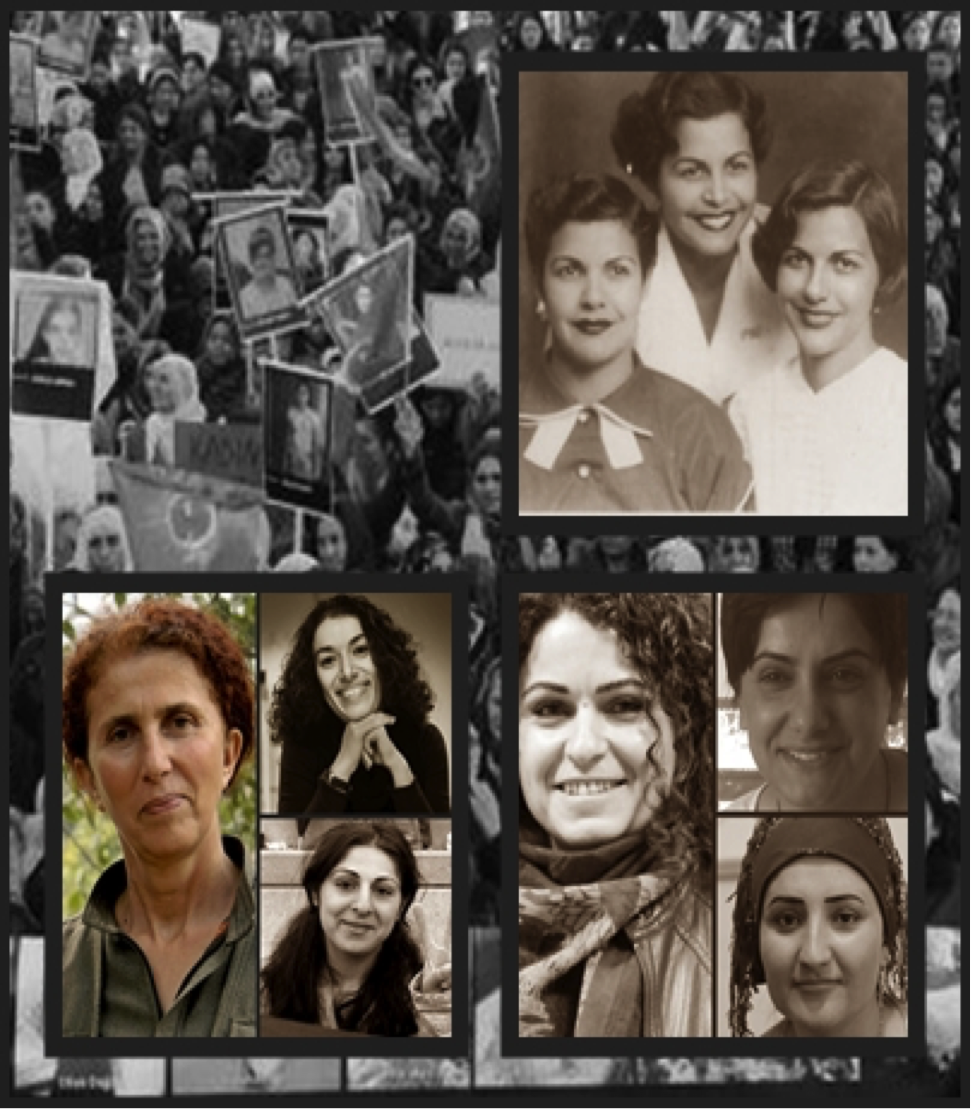 Kurdistan is going through a great ferocity; civilian houses and neighborhoods are under attack, even health service personnel are targeted and prevented from reaching wounded people. Dead bodies can’t be buried since neighborhoods are under curfew, while relatives of victims try to protect dead bodies in refrigerators inside their homes. In addition to this, pictures and footage of dead bodies tortured and dragged behind the military vehicles by Turkish security forces are released which shows that all values in reference to ethics and justice are violated. END_OF_DOCUMENT_TOKEN_TO_BE_REPLACED

END_OF_DOCUMENT_TOKEN_TO_BE_REPLACED

Below we reproduce a press release on new information about the murders of Sakine, Leyla and Fidan in January last year:

‘Confessions of a Murderer’

A recording that was leaked on the 12th of January 2014 – exactly a year after the murders – has provided the public with new information about how and by whom the Paris murders were planned.

In the recording Omer Guney, currently the only suspect and in French custody, clearly states that he was working in conjunction with the Turkish state and that it was he who planned and carried out the attack. It is clear from the recording that Omer Guney and Turkish state officials had been planning not just one attack but several attacks on various targets.

From the start, Kurdish political organisations insisted that this incident was a carefully planned professional attack backed by the Turkish state. Despite the fact that the French authorities never released any information to the public, these political murders can be traced back to Ankara.

END_OF_DOCUMENT_TOKEN_TO_BE_REPLACED

One year since the tragic and callous assassination of Sakine Cansiz, Fidan Dogan (Rojbin) and Leyla Saylemez in Rue La Fayette in Paris, we still wait for answers from the French authorities about who is responsible for their murder. The Ufficio di Informazione del Kurdistan in Italia (UIKI), The International Representation of Kurdish Women and CENI – Women’s Office for Peace have put together a document with the latest information about their campaign for justice for the three courageous women.

The European Peace and Democracy Assembly (ABDEM) has also called for mass participation in the demonstration to be held in Paris this Saturday, 11 January for Sakine, Leyla and Fidan.

END_OF_DOCUMENT_TOKEN_TO_BE_REPLACED

Held at the European Parliament, 23 September 2013. The final outcomes of the conference, set out in a declaration, are published below.

BRUSSELS, Belgium—Over a hundred representatives from various countries, civil society groups and grassroots organizations gathered at the European Parliament to hold the Conference on Democracy, Self-Determination and Liberation of Peoples last September 23, 2013. Organized by the offices of Members of the European Parliament Jürgen Klute and Iñaki Irazabalbeitia, IBON International and KONKURD (Confederation of Kurdish Associations in Europe), the conference aims to reaffirm the fundamental principles enshrined in the various UN declarations on the collective rights of peoples to self-determination and liberation.

END_OF_DOCUMENT_TOKEN_TO_BE_REPLACED

Between 31 May and 2 June, the first Middle East Women’s Conference took place in Amed (Diyarbakir). This event, organized by the Free Democratic Women Movement was titled ‘Jin – Jiyan – Azadi’ (women – life – freedom) and was dedicated to the three Kurdish women political activists who were murdered in Paris on 9 January, Sakine Cansız, Fidan Doğan and Leyla Şaylemez. For three days, 250 women from 26 Middle Eastern and North African countries discussed their experiences in the fight for liberation patriarchal power systems and shared their perspectives on the current political developments in the region.

On the second day, a statement was published in the name of the participants denouncing the police violence in Istanbul. It read; ‘Taksim Square belongs to everyone. The attacks are directed against the democratic rights of the population, like the right to protest. We support all people who fight for the natural environment and the right to breathe.’