UPCOMING SEMINAR: East Kurdistan/Rojhelat: the struggle of the Kurds for democracy and freedom in Iran 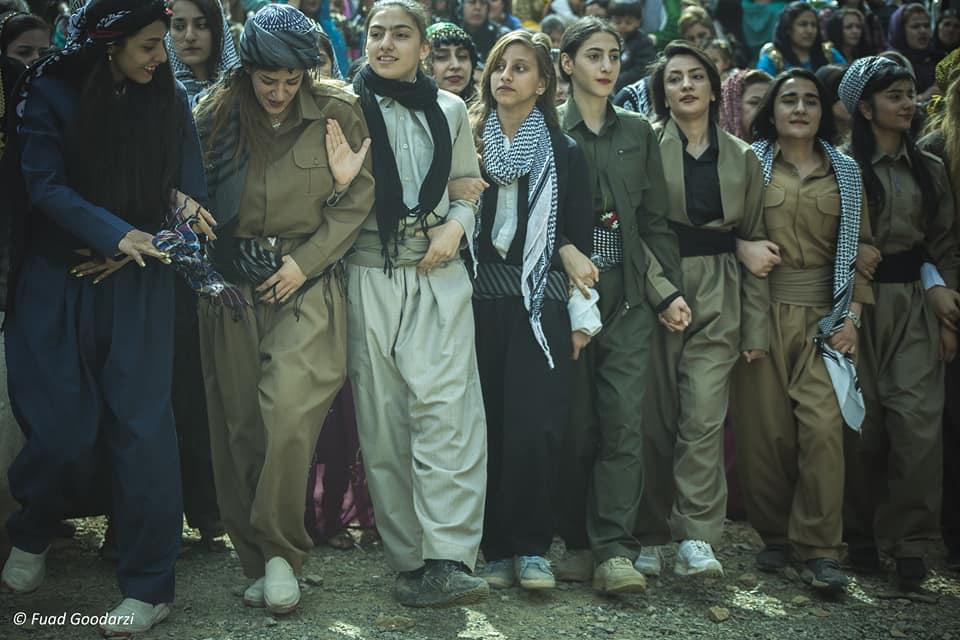 Join us for a discussion of The Kurdish peoples’ struggle for rights, for gender equality and democratic confederalism which is critical for the future of Iran, the Middle East and the end to war and oppression.

Speakers include Salah Abbasi is a political analyst, writer and literary critic from East Kurdistan; Evin Abrishami  is a human rights campaigner from Mahabad in Iran; Diba Alikhani is a women’s rights activist from Kurdistan-lran; Dr Allan Hassaniyan, a Postdoctoral Research Fellow at the Centre for Kurdish Studies, University of Exeter

All welcome! The event is free but please RSVP to

Iran is a multi-ethnic society, with half the population speaking a language other than Farsi as their first language. The Kurds constitute the second largest ethnic minority with 8 to 10 million people or about 10% of the total population, many of them living in Iran’s west and northwest: Rojhelat. They constitute the most politically organised of Iran’s ethnic minorities and they are severely repressed by the state. In January 2018 it was estimated that 45% of Iran’s political prisoners were Kurds. Like their counterparts in Turkey, Syria and Iraq, the Kurds’ leading political organisations in Iran campaign for federalism and democracy.

After the Second World War the Kurdish and Azeri peoples in Iran established independent republics. The USA threatened the Soviet Union with nuclear attack if the Red Army attempted to protect these republics. With US and British support, they were overthrown by the Iranian state forces and the Kurdish leader, Qazi Muhammad, was executed. The Kurdish people supported Mohammad Mossadegh when he was elected Iran’s Prime Minister in 1951. After Mossadegh was overthrown by a US/British organised coup in 1953 the Shah repressed the Kurds. Kurds played a leading role in the revolt against the Shah. Following the Shah’s removal in 1979 the Islamic Republic rejected Kurdish claims for rights and autonomy. An uprising followed which was brutally suppressed. Subsequently, the Iranian state has treated the Kurds as a potential threat and has collaborated with Turkey against the Kurdish struggle in Iran. Rojhelat’s people frequently mobilise against the Iranian government. In February 1999 mass protests erupted at the arrest in Kenya of the Kurdish leader Abdullah Ocalan. In 2004 the Party for a Free Life in Kurdistan (PJAK) was formed, with its objectives of democratic confederalism, secularism, gender equality and democracy. Most recently, Kurds were integral to the November 2019 demonstrations against corruption and for democracy in Iran. This February alone, 19 Kurdish activists were sentenced for their roles in the protests, while hundreds more are in jail.

Despite containing Iran’s two richest gold mines, Rojhelat is particularly poor and underdeveloped, with mass unemployment. Kurds are discriminated against in education and in access to state employment. Kurdish women are particularly discriminated against for both their gender and ethnicity. Almost every week there are reports of kolbars being shot dead by Iranian border guards. Kolbars are mainly Kurdish people trying to make a living carrying goods on their backs across the borders between Iran, Syria, Turkey and Iraq. These are the countries into which the Kurdish people were partitioned after the First World War. The Kurdish peoples struggle for human rights, for gender equality and democratic confederalism is critical for the future of Iran, the Middle East and an end to war and oppression.

Salah Abbasi is a political analyst, writer and literary critic. He was born in Piranshahr, Eastern Kurdistan. In the past 15 years he has spoken at many conferences organised by many different forums and organisations in Europe. In 2019 he was one of the main speakers on Democratic Confederalism at a conference held at the Brussels University and sponsored by the Kurdistan National Congress (KNK). He has written four novels which are not yet published.

Evin Abrishami  is a human rights campaigner from Mahabad in Iran. She grew up in Tehran and after finishing school moved to Germany. In 2001 she came to UK and is now living in Oxford where she works for Oxford Health. Evin is the chair of public relations committee of KURD-AKAD, a Kurdish Academics and Professionals Network in UK; and a trustee of the Oxford Kurdish Association, an Oxford based charity. She is one of three founding officers of Kurdish Women Union, a local Kurdish women group.

Diba Alikhani is a women’s rights activist from Kurdistan-lran, now living in the UK. She was born in Sanandaj-Kurdistan and had most of her career and education in Tehran. Diba worked with women and children since the age of 17. Since then and throughout her education, starting at Tehran University, she became aware of the notion of inequality.  While in Iran she started an independent organization for supporting women- named “Jameye Hemayat az Zanan” meaning “Organization to support women.  It was the first institution of its kind in Kurdistan of Iran. She has 8 years of experience in clinical psychology field and helping vulnerable women and children in Iran. Also after obtaining two Master degrees in psycho-social studies and clinical psychology from different universities in the UK, Diba has started to work as a therapist and she is also a student of PhD in psychology.