Turkey to face allegations of war crimes against Kurds 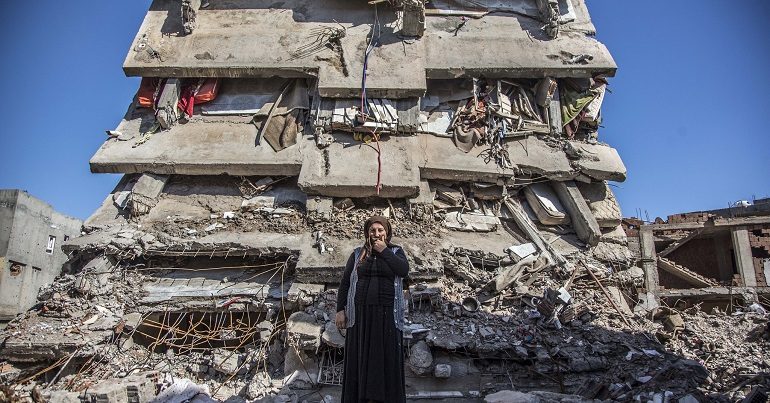 GLOBAL
On 15 and 16 March, a tribunal in Paris will examine accusations of war crimes by the Turkish state against the Kurdish people. The tribunal’s judgment could have profound international repercussions.

Violence in the predominantly Kurdish south-east of Turkey has intensified since peace talks between the Kurdistan Workers’ Party (PKK) and the Turkish government collapsed in July 2015.

In the period of July 2015 to December 2016, the UN High Commissioner for Human Rights (OHCHR) documented [pdf, p2] evidence of:

excessive use of force; killings; enforced disappearances; torture; destruction of housing and cultural heritage; incitement to hatred; prevention of access to emergency medical care, food, water and livelihoods; violence against women; and severe curtailment of the right to freedom of opinion and expression as well as political participation.

With the endorsement [pdf, p4] of Nobel laureate Desmond Tutu and activist-academic Noam Chomsky (among others), a panel of judges will now consider accusations that the Turkish state has targeted Kurdish civilians with the purpose of terrorising the population.

It will also look at accusations that Turkish state agents targeted opponents with criminal acts, including carrying out assassinations in Turkey and abroad.

Power to the people

The Permanent Peoples’ Tribunal (PPT) is a direct descendant of the Russell Tribunal, which was set up by philosophers Bertrand Russell and Jean-Paul Sartre to look into American war crimes in Vietnam and, later, violations of human rights in South America.

build a bridge between the people and power.

The tribunal’s panel of judges includes academics, lawyers, journalists, and experts on humanitarian issues. The decision of the PPT will not be enforceable, but its findings carry considerable legal and moral weight at an international level. Vitally, the hearings can also shine a light on injustice.

‘The crime of silence’

At the Paris tribunal’s press conference on Wednesday 13 March (attended by The Canary), Tony Simpson of the Bertrand Russell Peace Foundation evoked Russell’s stated aim, to “prevent the crime of silence”, before concluding that:

the silence swallowing the suffering of Afrin and the Kurdish people really does need to be broken.

The Canary will report on the two-day hearing after its conclusion.