The 2018 Durham Miner’s Gala, the largest annual trade union festival in Europe, is dedicated to the Freedom For Öcalan trade union campaign, which is supported by 14 national trade unions, including the TUC, representing six million workers in the UK. 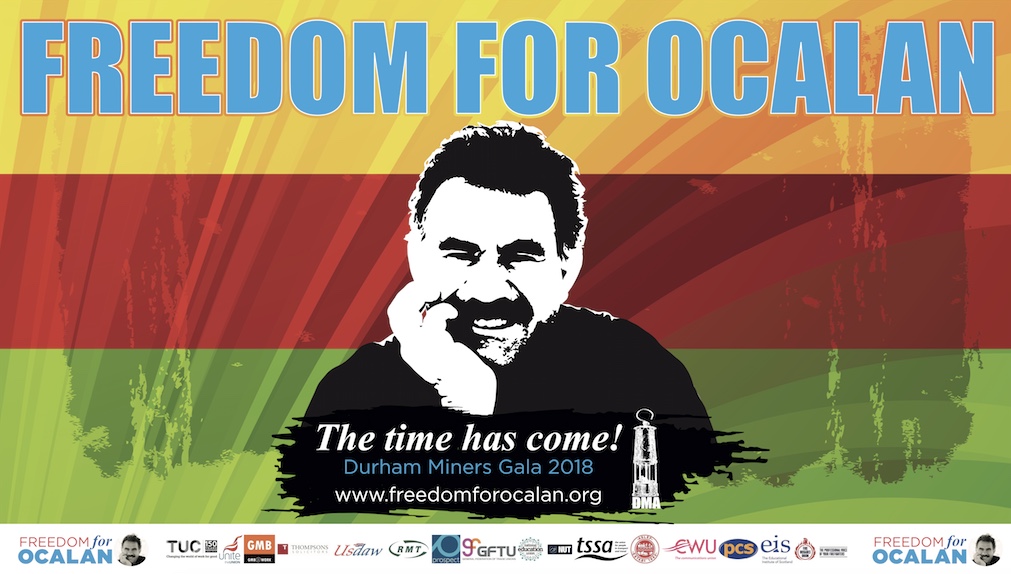 The Freedom For Öcalan Campaign was founded in the UK parliament on 25th April 2016 by UNITE The Union and GMB union, together representing more than 2 million workers in the UK, and was hosted by Labour MP Kate Osamor. Within two years, the campaign has garnered the interest of another 12 national trade unions, including the Trade Union Congress and Prospect Union, which has affiliated to an international campaign for the first time in their history. The campaign aims at securing the freedom of Kurdish leader Abdullah Öcalan. END_OF_DOCUMENT_TOKEN_TO_BE_REPLACED