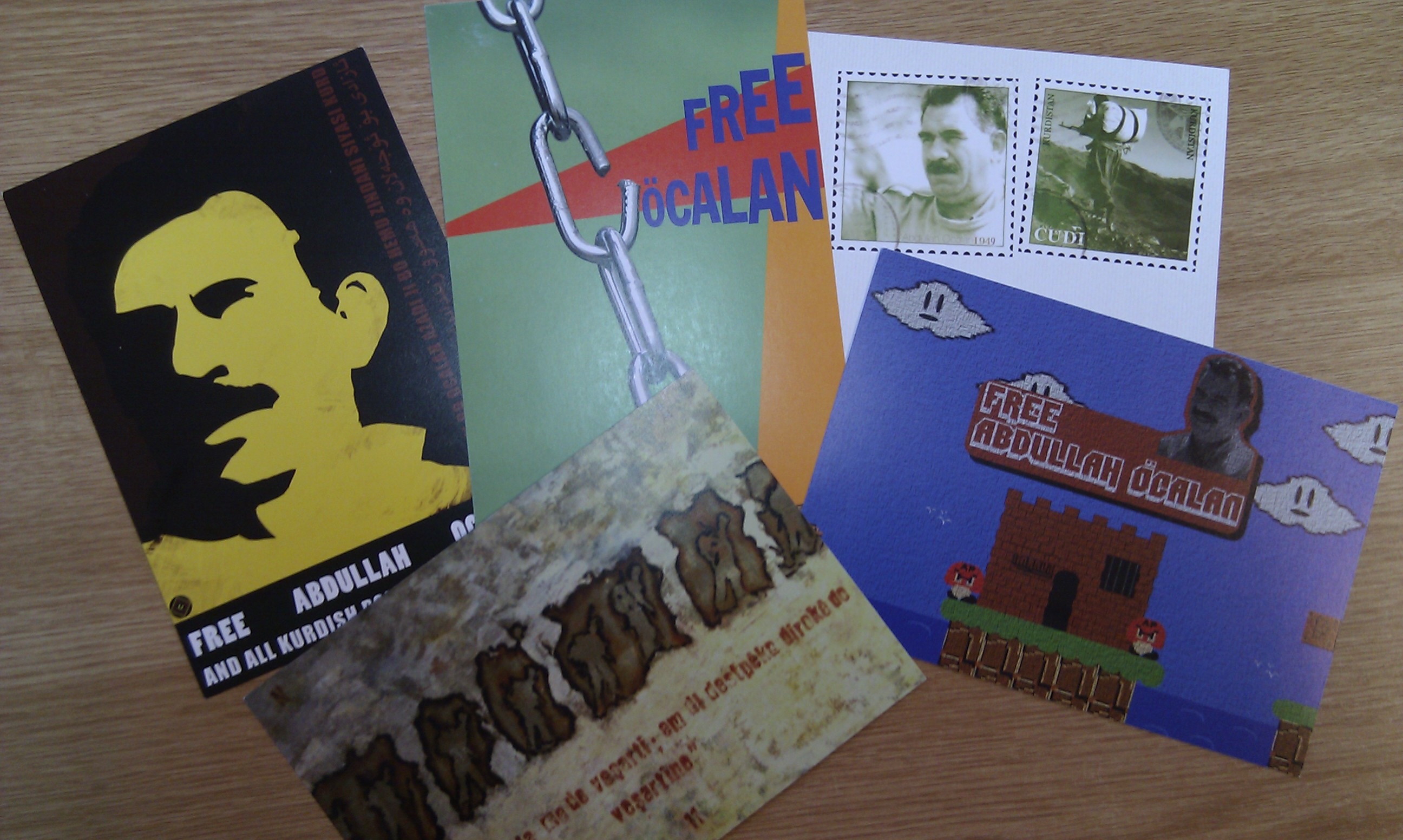 We urge you to send greetings to Abdullah Ocalan as an expression of friendship and solidarity to mark the occasion of his birthday on 4 April 2013 at this historic moment in history for the Kurdish people.

We are sure that you will agree that Ocalan has contributed enormously to the breakthrough which has seen the Kurds declare a ceasefire and the hopes of meaningful talks leading to an ending of the conflict.

Ocalan has spent far too many of his birthdays behind bars in solitary confinement and as a gesture of solidarity for his persistence and determination to achieve a lasting peace with Turkey we hope you will send him a card to Imrali.

The art post cards were published and printed by the Art for Ocalan Campaign of the International Initiative – Freedom for Abdullah Ocalan – Peace in Kurdistan.

For London friends please contact us and we will post you one or more cards! See some selected printed cards attached.

If you would like to send a postcard of your own, you can also do so by writing to this address:

Read an ANF article on the postcard campaign:

A postcard to Öcalan

The International Initiative Freedom for Abdullah Öcalan, Peace in Kurdistan has launched a new campaign to mark Kurdish leader Abdullah Öcalan’s birthday on 4 April. Speaking to ANF about the campaign, Initiative member Havin Güneşer said that  20 thousand postcards would be sent to the Kurdish leader on his birthday. Güneşer noted that the postcards would be chosen from the works collected in the Art for Öcalan campaign the Initiative launched in May 2012.

“We think Newroz 2013 marked a kind of new beginning and we therefore want to join the celebrations for the Newroz and 4 April”, said Güneşer and remarked that the Freedom for Öcalan campaign represents another way of explaining the Kurdish question to the public.

Güneşer noted that the Art for Öcalan campaign they launched aimed to break the prejudices often imposed on people and to tell the truth by means of creative media.