PYD call to the International Syria Support Group and the Security Council to stop acquiescing in terrorist attacks in Sheikh Maqsoud, Alleppo. 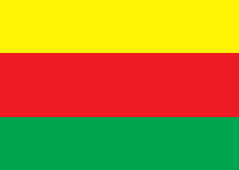 Al Sheikh Maqsoud neighbourhood, which is predominantly populated by Kurdish residents in Aleppo city, is witnessing an indiscriminate and barbaric attack on innocent civilians. Dozens of people have been killed and hundreds of children, women and the elderly have been seriously wounded.

Since the issuance of the joint statement of the US and the Russian Federation on Cessation of Hostilities in Syria on 27/02/2016, the People’s Protection Units (YPG) have been observing the ceasefire agreement. However, terrorists groups have continued shelling and bombing this area of Aleppo, which both the regime and terrorists had failed to control. The will of the people in this neighbourhood, and their insistence on peaceful co-existence, have turned the neighbourhood into a safe haven for many people fleeing the horrors of the war in Syria. Furthermore, in the last few days, the shelling has intensified in retaliation for the democratic projects that the Rojava administration has been offering in addition to the military victories of the Syrian Democratic Forces over terrorists groups. This shelling is in blatant violation of international conventions on the protection of civilians. Backed by the Syrian National Coalition and the remnants of the Kurdish National Council, terrorists groups, including Jabhet Al Nusra, Ahrar Al Sham, Sultan Murad Brigade, Al Fatah Brigade, Division 16, Army of Mujahedeen, Fastaqim Kama Umirt Group, Nour al-Din al-Zanki Islamic Brigades and North Division, have used all types of lethal and internationally banned weapons to force the people to leave their homes. However, this resistant people, including the Arabs, Kurds and other components of Syrian society, and led by their revolutionary vanguard, the YPG, is able to thwart any plans aimed at occupying the neighbourhood.

We, the General Council of the Democratic Union Party (PYD), call upon all countries in the International Syria Support Group to shoulder their responsibilities and stop those terrorist organisations and protect civilians in accordance with international law and conventions. We also call upon the UN Security Council to put pressure on the sponsors of those terrorist groups, especially the Justice and Development Party government which has become a source of global terrorism, threatening international peace and security.