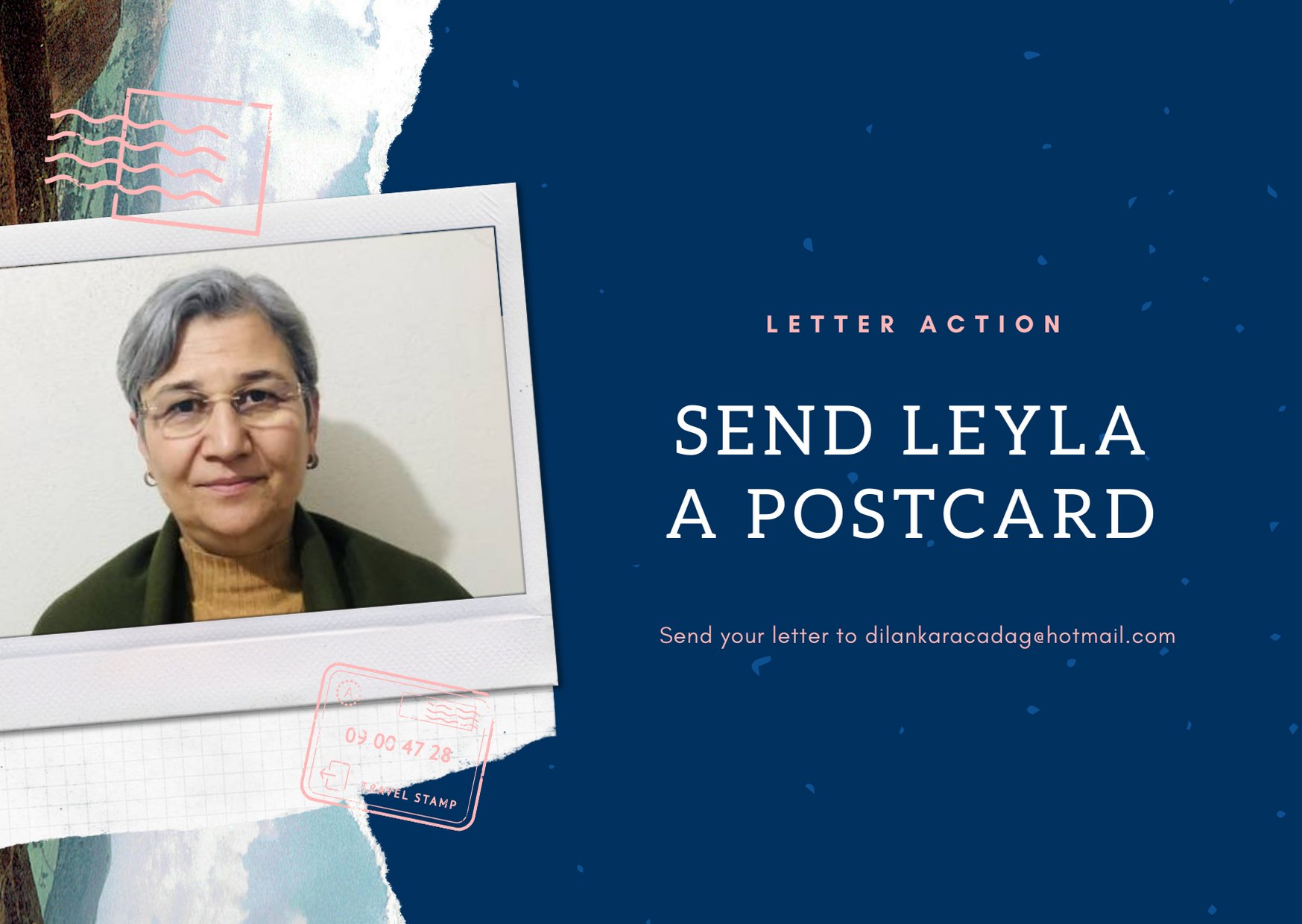 PIK is calling for people to send letters and cards with messages of support and solidarity to Leyla on 25 January.

Messages can be translated from English to Turkish/Kurdish by sending them to dilankaracadag@hotmail.com.

Once the translated message has been received supporters are asked to take photographs and/or videos of themselves writing their messages and post to social media on January 25 using the hashtag #LettersForLeyla.

Speaking on today’s campaign launch Ms Peake said: “I had the great honour of meeting Leyla Guven in her home during her epic hunger strike of February 2019. I was struck by her wealth of compassion, humanity and strength even as she lay extremely weak and vulnerable from the effects of her protest.

“Leyla has been described as the embodiment of the Kurdish women’s resistance and this is very much why she has been targeted.

“Leyla’s fight is the fight of Kurdish women but also it is a battle that concerns the whole of humanity. She has sacrificed her liberty for the freedom of the Kurdish people. We must all unite to demand her immediate release.

“I am joining the campaign which is starting with cards and letter writing, to send a message of hope and solidarity to Leyla so she knows she is not alone. I hope you too will join me.”

It is the first in a series of activities as PIK presses for freedom for Leyla Guven.

More than 50 of its elected mayors have been dismissed and replaced by government trustees with the party warning of a “political genocide” against Kurds.

The hunger strike ended in May 2019 when Mr Ocalan was granted access to his lawyers for the first time since 2011.