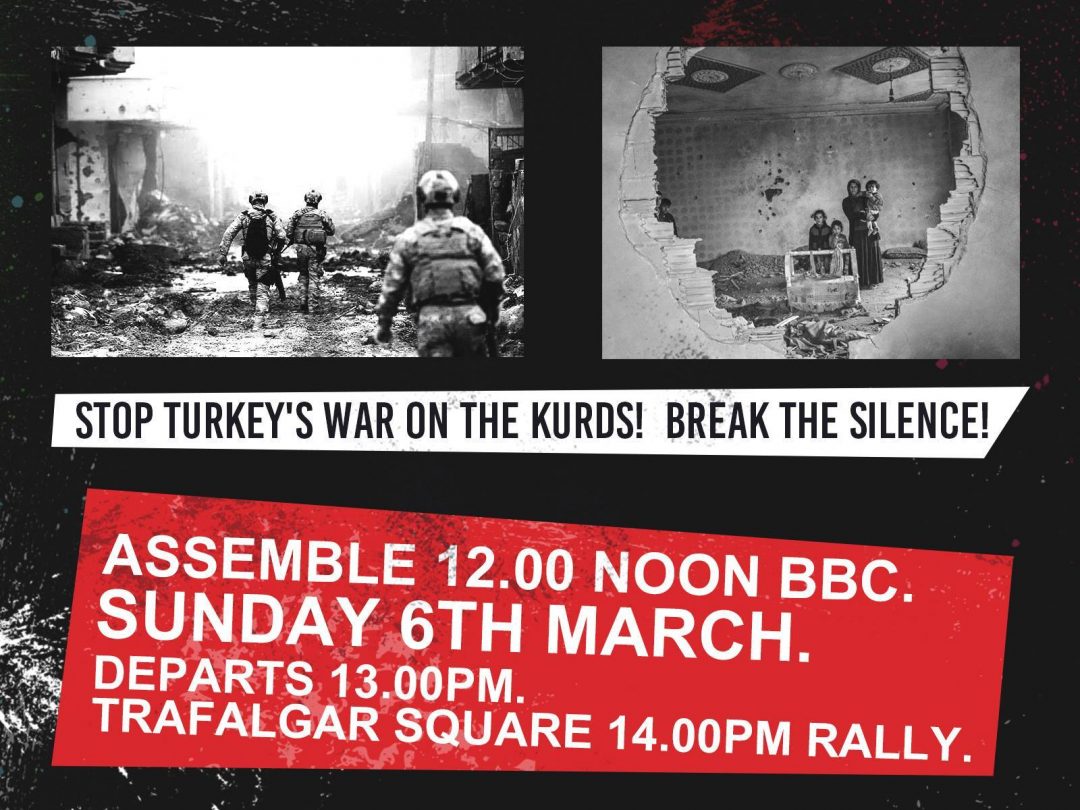 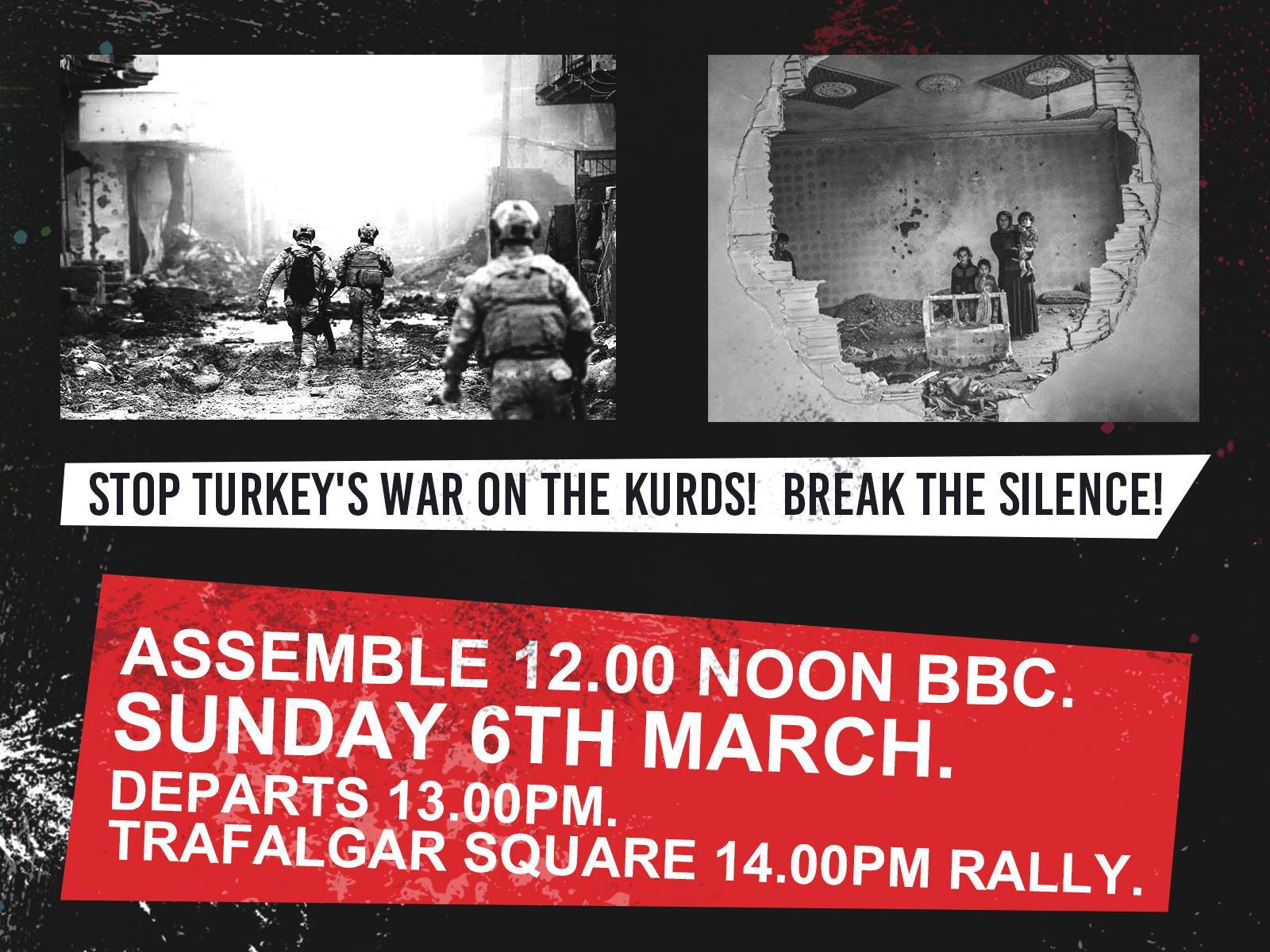 Turkey has launched a war on the 25 million Kurds of south east Turkey ever since the mainly Kurdish political party, the HDP twice won over 12% of the vote in the elections of 2015 and in Syria the Kurdish PYD has led a movement creating a popular progressive democracy in the Rojava region.

Rather than accept that sooner rather than later the rights and aspirations of the Kurdish people to autonomy must be met, in Turkey and beyond, the Turkish state has imposed curfews on towns and cities across the region, with tanks on the streets and snipers on the roofs, and nearly 200 people have been murdered by Turkish forces. An all out policy of anihilation is being pursued by Erdogan and the Turkish state.

Yet while Turkey is a key NATO ally of the UK and USA and desperate to get into the EU, the UK and international media have said and done nothing to stop this brutality.

The Kurdish movement in the UK have been protesting about their treatment by Turkey since 100,000 Kurds came to this country in the 1980s and 1990s, as refugees from the Turkish war against the Kurds when hundreds of villages were destroyed, 30,000 Kurds killed and 3 million made refugees.

But now for the first time, in the face of the Turkish state restarting the war against the Kurds, it has been decided to call a national demonstration under the slogan ‘Break The Silence’, as this brutal attack is unreported in the UK press, and Stop Turkeys War on the Kurds, as we will be demanding the UK govt puts pressure on Turkey to stop these attacks and return to the negotiations for a peaceful settlement with the Kurdish Movement began with the PKK, the Kurdish liberation movement.

Lastly we call for the UK govt to decriminalise the Kurdish Liberation Movement, even though the PKK represents the vast majority of Kurds in Turkey and in the UK, is illegal in the UK, which creates serious barriers and difficulties in the search for a peaceful, political settlement.

PLEASE JOIN US IN SOLIDARITY WITH THE KURDS.

We want to build a broad coalition of support and want YOU to join us in making this demonstration the biggest the UK has seen. If you are a part of a trade union, feminist organisation, anti-war campaign, anti-racist group, migrant/refugee solidarity, environmental justice organisation, radical democracy assembly, or solidarity campaign please contact us to find out how your group can be part of the organising committee.