Maxine Peake is an inspiring figure and it is great news that she is adding her voice to the demands for justice for the Kurdish people. Peace in Kurdistan is honoured that she is supporting our campaign work. 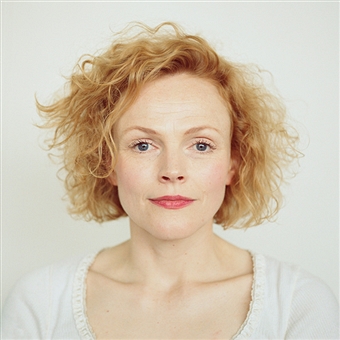 We are delighted to announce that Maxine Peake, the celebrated multi-award winning film, television and theatre actor has consented to become a patron of Peace in Kurdistan.

Maxine has won numerous awards and accolades during a distinguished career on stage and screen. She is known for her compelling portrayals of strong women characters battling different kinds of injustices and prejudices.

Her big break came when she was chosen to star alongside Victoria Wood, Julie Walters and Anne Reid in the television comedy series, “Dinnerladies”, which was set in a northern factory cafeteria. She has since been seen in countless popular television films and drama series such as “Shameless”, set on a Manchester council estate, “Silk”, where she played a radical barrister, “The Village”, set during the First World War and Dickens’s “Little Dorrit”, where she played the mysterious Miss Wade.

She has also appeared in films on screen and television, including “See No Evil: The Moors Murders”, where she portrayed the notorious Myra Hindley, “Hancock and Joan”, where she was the wife of tragic comedian Tony Hancock, and the title part in “The Secret Diaries of Anne Lister”, which was based on the real diaries of an early19th century woman forced to conceal her true nature because of social prejudice. She took one of the lead roles in the film, “The Theory of Everything” about the physicist Stephen Hawking.

More recently, she played a crusading social worker fighting to expose the sexual abuse of pre-teenage girls in “Three Girls”, based on the true story of the Rochdale child abuse ring.

Maxine in well known for her political activism and has taken a stand on many issues. She was active in politics as a youth and student growing up in Manchester. Today she is a strong supporter of the Labour Party and Jeremy Corbyn’s leadership. She describes herself as a socialist and feminist.

She is passionate about her local community and proud of her working-class roots. After spending 13 years living in London, in 2009 she returned to the north-west and has set up home in Salford.

She will soon be seen in Mike Leigh’s film “Peterloo” which concerns the massacre in St Peter’s Square, Manchester, and which will be released in 2018, to coincide with the 200th anniversary of the watershed incident in the popular struggle for democratic rights and social justice in Britain.

In the theatre Maxine has taken on leading classic women’s roles in Strindberg’s “Miss Julie”, Lillian Hellman’s “The Children’s Hour”, Rattigan’s “The Deep Blue Sea” and Tennessee Williams’s “A Streetcar Named Desire”. Undaunted by the traditional male roles, Maxine has taken on the title part in Shakespeare’s “Hamlet”.

She is also a writer and director.

Maxine Peake is an inspiring figure and it is great news that she is adding her voice to the demands for justice for the Kurdish people. Peace in Kurdistan is honoured that she is supporting our campaign work.