Skip to content
October 9, 2017 Destruction and Repression in North Kurdistan

We call on all democratic forces to condemn alleged state executions by the Turkish state. The actions of Turkey must not be tolerated any longer and the United Nations, European Union, Council of Europe and all those who stand for democracy must condemn the actions of Turkey in the strongest terms. 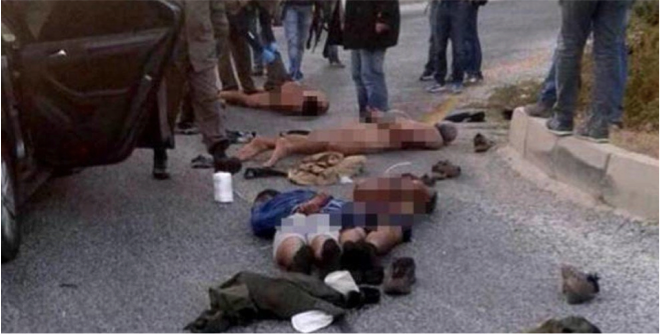 In the latest atrocity Turkish security forces are accused of the state execution of five alleged members of the Kurdistan Workers Party (PKK) in a popular tourist resort. Police arrested seven men after stopping a car in the Ortaca and Seydikemer areas of  Muğla, south-west Turkey on October 4.
They were then stripped naked and tied with their hands behind their back before being forced to the ground and photographed in a public humiliation.
Police claimed this was necessary to conduct a “rub down search” before transferring the suspects to the Anti-Terrorism branch.
HDP deputy chairman Ahmet Yildirim said that the Minister of Interior has confirmed the leaked photographs were genuine. Further investigations concluded that no weapons were found on the suspects, even after the search. 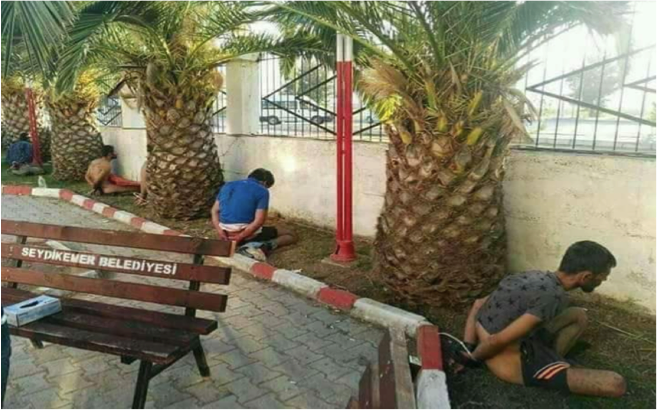 These actions are a human rights violation, similar to those perpetrated by the Turkish state in the Sur district of Diyarbakir and the south-eastern city of Cizre, where in 2016 photographs showing civilians stripped and tortured were leaked to the local media.

Human rights group Amnesty International said in its 2017/17 annual report that the rule of law no longer exists in Turkey with evidence of “widespread torture and other ill-treatment”.
The United Nations has documented the atrocities committed by Turkey against the Kurdish population with thousands killed and 500,000 people displaced in the south-east of the country in its ongoing “secret war” on Kurds. 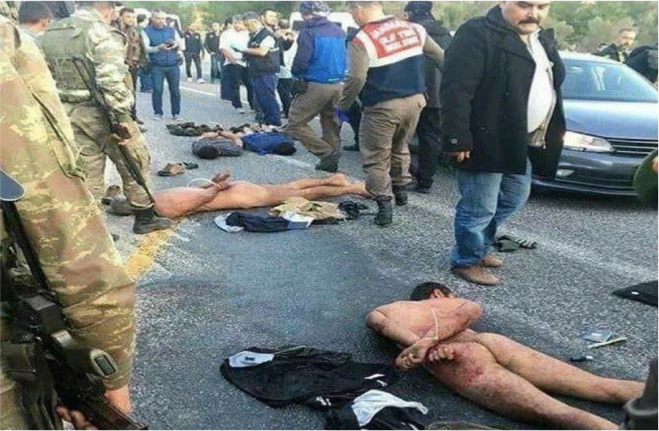 The KNK believes that the detained men may have been executed by state forces following reports in the Turkish media that “five out of seven PKK members were killed” in clashes in the Köyceğiz district of Muğla – an area popular with British and German holidaymakers.
We have serious concerns with the incident which occurred after the arrests and with local sources reporting that there have been no clashes in the area.