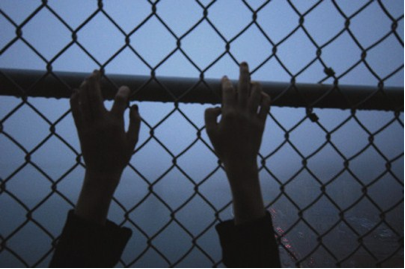 “We do not want our children die for a basic demand. Their demand is ours! “

Hundreds of political prisoners are on an indefinite-irreversible hunger strike in several Turkish prisons. Their aim is to condemn Turkey’s fascist and racist system, to protest the arbitrary practices of the prison administration and the increasing violations of their rights. The isolation of all political prisoners and especially that of Kurdish People’s Leader, Abdullah OCALAN, has been expanded to include all prisons.

The Human Rights Association (IHD) Commission on Prisons report on the increasing human rights violations in Turkey’s prisons 50-person delegation will conduct an investigation in 72 prisons across the country and report on the violations of prisoners’ rights. The reporting is expected to be finalized by June.

THE DEMANDS OF THE PRISONERS

“The AKP is trying to intimidate the opposition through its emergency decrees, arrests, detentions, and normalization of torture. Parliamentarians, mayors, academics and journalists are arrested, villages are burnt, houses are destroyed, and people are displaced and massacred. The first place where the state of emergency coup regime was implemented was the İmralı High Security Prison. An unprecedented system of isolation and torture is taking place there. The isolation of Kurdish People’s Leader Abdullah Ocalan is being expanded over to all prisons. Our Leader and the comrades that are in the same jail with him are unable to meet with their families or lawyer, and are even prohibited from writing a letter.

The people put in prison have no life guarantees. Every day, our friends that are exiled from one prison to another are searched naked and tortured. Our belongings are seized during the raids on our cells and the letters we write in Kurdish are not sent as they are labelled ‘unknown language.’ Cameras are placed in our cells in a way that violates our living spaces, and we are forced to stand on attention during the roll-calls and wear name badges just like during the September 12 coup. The fascist AKP-MHP bloc seeks to consolidate their dictatorship by making Erdoğan president through a referendum. As the PKK and PAJK prisoners, we state that we will continue to reject this fascist and racist system and put up resistance. We call upon all social groups to say ‘NO’ during the referendum enforced by the AKP-MHP alliance and to enhance the resistance at all fronts.”

Prisoners on hunger strike: Victory will be of those resisting

Political prisoners who have been on a continuing hunger strike for the past 43 days stated that they will play their historic role in the current process, vowing that: “Those who resist will have victory.”

The statement underlined that policies of the AKP government aimed to condemn the Kurdish people to statelessness during the reconstruction of the region as it sustained and institutionalized fascism in Turkey and North Kurdistan.

The statement said all manners of repression, violence and rights violations that target human dignity across the country are also being carried out in prisons which have become torture centres where the intention is to break the resistance and the will of prisoners.

The statement underlined that: “The indefinite-irreversible hunger strike in Şakran, Sincan, Edirne and Van has continued for 30 days, while the hunger strike continues in all other prisons since 15 March. We are aware of the fact that the isolation imposed on our Leader in İmralı stands at the center of all these practices in prisons. For this reason, the isolation must be stopped in order for all the policies of repression, torture and denial to end. We must start by saying “No” to these policies. With over 10 thousand prisoners in jails, we believe that we can play an historic role as a major force of resistance on this earth where we share life and meaning with our Leader. Those who resist and fight for the truth will have victory.” 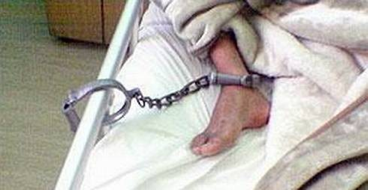 7 women Sosin Şengül, Jiyan Ateş, Nilüfer Şahin, Fatma Gökhan, Leyla Uyanık, Şivekar Ataş and Rihan Kavak launched a their strike at Sincan Women’s Closed Prison in Ankara on February 23. Human Rights Association (IHD) Ankara Branch said; “Lawyers from our Prisons Commission have periodically visited these prisoners upon the application of their families who are concerned over their safety of life.”

In its report, IHD drew attention to the situation of prisoners on hunger strike and gave the following details:

The names of 5 of the 7 prisoners at T4 that joined the hunger strike on March 22 are: Hasan Kasım, Enver Ahmet, Serkan Şahin, Mehmen Emin Dağ and Devran Makas.

70 prisoners in Van T-Type Closed Prison have been sent to other prisons on 16 March. These include 10 prisoners who went on the indefinite-irreversible hunger strike on 8 March. The reason for the forced transfer of the inmates, and to which prison they have been sent, was not disclosed.

The hunger strike launched in Şakran Prison entered its 42nd day on Tuesday 28 March. The families of the strikers warned that they are entering a critical period and called for public awareness.

Political prisoners in İzmir’s Aliağa Şakran Prison launched their strike on February 15 with the demand that “the isolation imposed upon the Kurdish People’s Leader Abdullah Ocalan be lifted and severe rights violations in the prison end”. Their strike entered its 42nd day on Tuesday 28 March.

With every passing day, torture and rights violations increase in the prison and healthy information cannot be obtained. In the past week, prisoners in section T3 had their wards raided and themselves were being battered.

Health of the prisoners on the strike are deteriorating every day as the prison administration doesn’t provide them with vitamin B1 vital for their health.

The start of weight loss

Nusvet Üzrek, the aunt of a hunger striker, Zana Yaktın, said that Yaktın has lost a lot of weight, while all prisoners are entering a critical period. Stressing support for the resistance in prison, Üzrek said: “Their health is deteriorating. There are no improvements in the prison conditions yet. Everything is getting worse. They should be supported. Whenever we go to visit, we are also subjected to pressure and insults. That place is not a prison, it’s a torture camp. They want there to be no visitors. The last time we visited, Zana had lost a lot of weight. Their situation is approaching an irreversible point. They are getting worse. They can’t communicate among themselves because they are in separate sections. But the situation in other sections is also very bad. The torture is unimaginable.”

“I couldn’t pull myself together when I saw my son”

A hunger striker, Özkan Yaşar’s mother, Hazal Yaşar, said her son lost a lot of weight and added: “They are under constant torture. This had been going on for a long time. We are also subjected to torture when we go for visits. They are doing all they can to keep us from visiting. They want to isolate our children. When I visited, I couldn’t recognize my son. He had lost so much weight. He talked to us, he tried to laugh. I recognized his teeth when he smiled. It was just his teeth. My child has wasted away. Two of his friends helped him into the visiting booth. He couldn’t even walk. I couldn’t pull myself together when I saw him. His condition is very bad. They are determined to resist. So we should support them.”

Çiçek Aydın stated that they are subjected to insults and mistreatment even when she goes to visit her husband and added: “Something must be done about this prison. We can’t explain to people what kind of place this is. Only those who have been there understand. It was built as a torture center. The prisoners who are battered are also facing communication bans. They are constantly issuing us fines so we don’t go for visits. I have been going to prisons for 24 years, but this is the first time I have seen such a bad place. The hunger strike continues. This period has seen an increase in pressure and torture. We must speak out. The situation is horrible.”

“A committee should go and inspect urgently”

İzmir Solidarity with the Prisons Initiative chair, Selma Altan, said the hunger strikers have passed the critical phase and have started to suffer irreversible damage, and called on the public and NGOs to “speak out”. Altan said that the prisoners are subjected to severe pressure, torture and rights violations and added: “The conditions in Şakran Prison are like torture camps. There is an incredible torture. Each section’s warden employs different torture techniques. The hunger strikers are in critical condition now. There are people who have lost 10 kilos. They are entering the period of irreversible damage. An independent committee should go in and inspect. Let’s speak out, or it will be so much worse.”

Some names of the hunger strikers are as follows:

İzmir Solidarity with the Dungeons Initiative has prepared a report on the rights violations of the prisoners on hunger strike in Aliağa Şakran Prison. According to the report: