Global Rally for the freedom and reconstruction of Kobane: London Rally 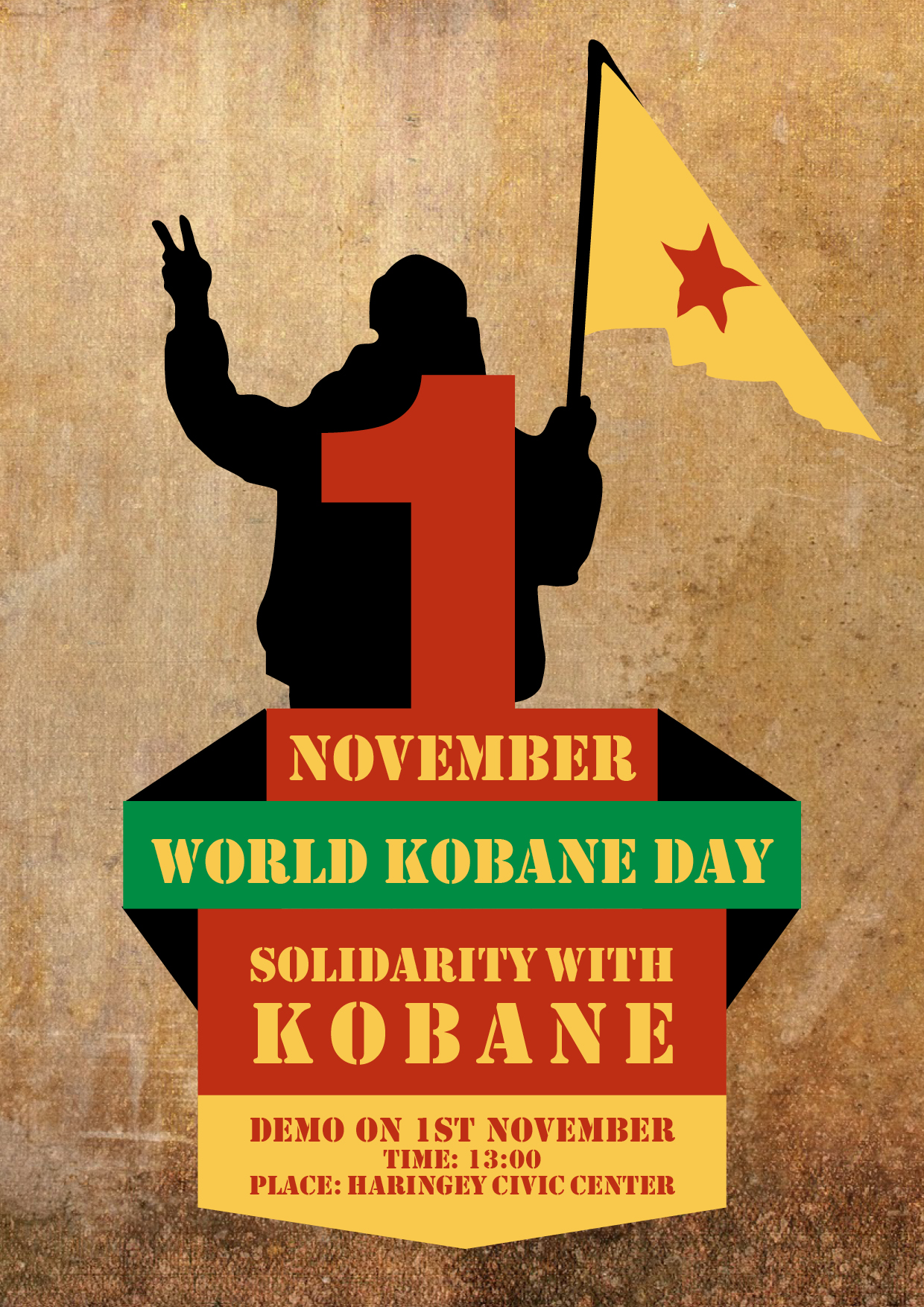 With speeches, music, and festivities!

Activists from across the world have come together in a huge joint effort calling for action for Kobane on the 1st November 2015. Exactly one year since the last global call for action spurred hundreds of rallies, demos and actions across dozens of countries, and months after the worst of the siege, humanitarian aid is still being blocked from entering the city and people are in urgent need of basic medical supplies, food, and clothing. This appeal calls for a humanitarian corridor to be opened up and for the freedom and reconstruction of the city, and has support from prominent individuals such as Prof. Noam Chomsky, Reem Kelani and Dr. Binayak Sen.

It is time to talk peace and to act for peace. Supporting Kobane is to support peace.

“We stand together once more to show our solidarity with the Kurdish people of Iraq and Syria and we call for the freedom and reconstruction of Kobane. The Kurds stand on the front line of the world’s struggle against the militancy of ISIS. They deserve our support.

I also call on the Turkish government to abandon its latest campaign against the Kurds and to embrace Kurdish cultural and political identity. As Palestinians facing the annihilation of our collective consciousness, culture, land and being, we, the people, give our support freely and proudly.”

Want to take part? Let us know what actions you are taking to support the call for freedom for Kobane!