We republish a flyer for three upcoming events at the Armenian Institute, and you will find the text of the flyer reproduced below. More information can be found on the AI website event page. 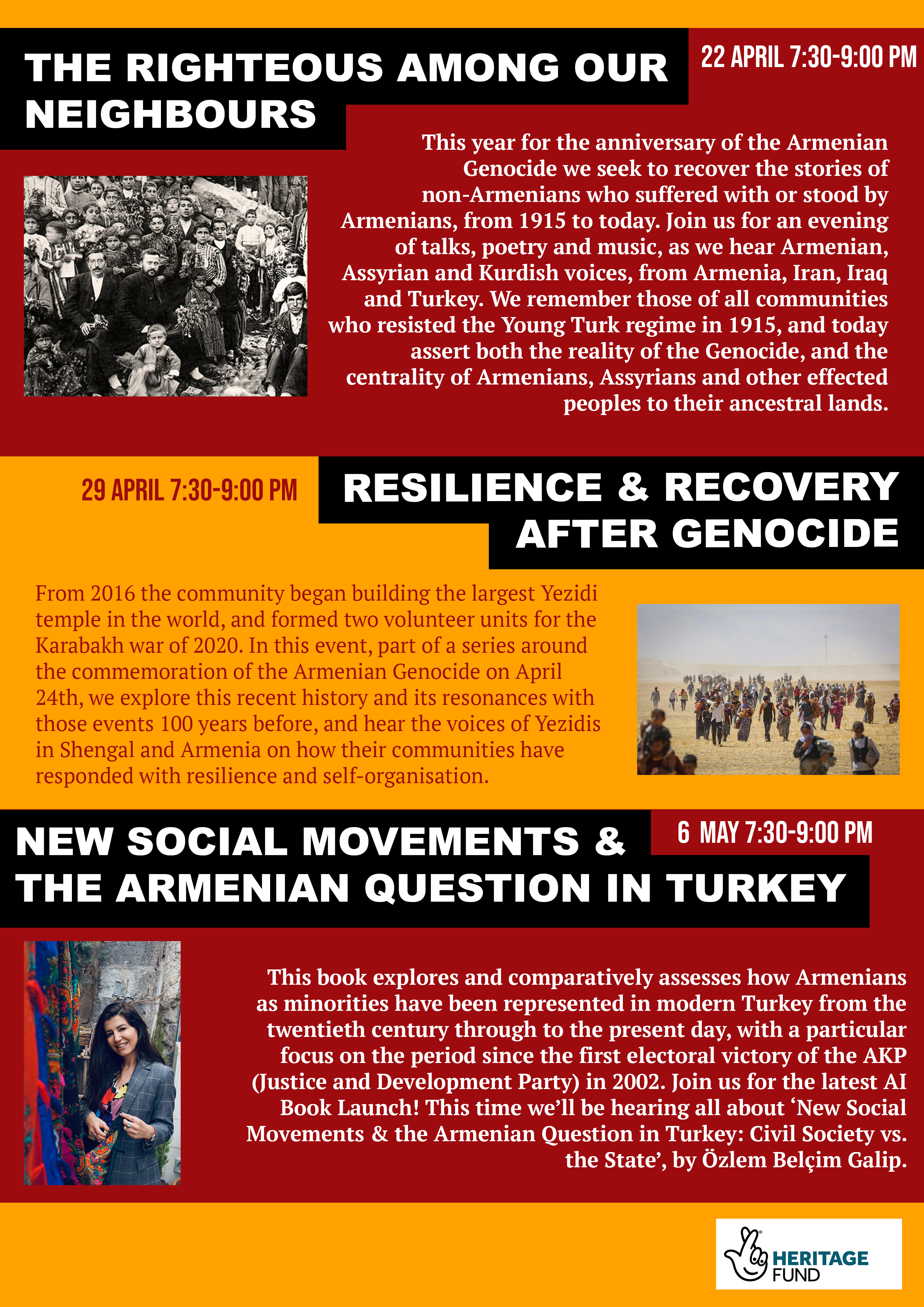 This year for the anniversary of the Armenian Genocide we seek to recover the stories of non-Armenians who suffered with or stood by Armenians, from 1915 to today. Join us for an evening of talks, poetry, and music, as we hear Armenian, Assyrian and Kurdish voices, from Armenia, Iran, Iraq and Turkey. We remember those of all communities who resisted the Young Turk regime in 1915, and today assert both the reality of the Genocide, and the centrality of Armenians, Assyrians, and other effected peoples to their ancestral lands.

From 2016 the community began building the largest Yezidi temple in the world, and formed two volunteer units for the Karabakh war of 2020. In this event, part of a series around the commemoration of the Armenian Genocide on April 24th, we explore this recent history and its resonances with those events 100 years before, and hear the voices of Yezidis in Shengal and Armenia on how their communities have responded with resilience and self-organisation.

This book explores and comparatively assesses how Armenians as minorities have been represented in modern Turkey from the twentieth century through to the present day, with a particular focus on the period since the first electoral victory of the AKP (Justice and Development Party) in 2002. Join us for the latest AI Book Launch! This time we’ll be hearing all about ‘New Social Movements & the Armenian question in turkey: Civil Society vs. the State’, by Özlem Belçim Galip.

More information can be found on the AI website event page.