Abuse of process by Turkish government in extradition case ‘a serious indictment of the Turkish state’, says barrister 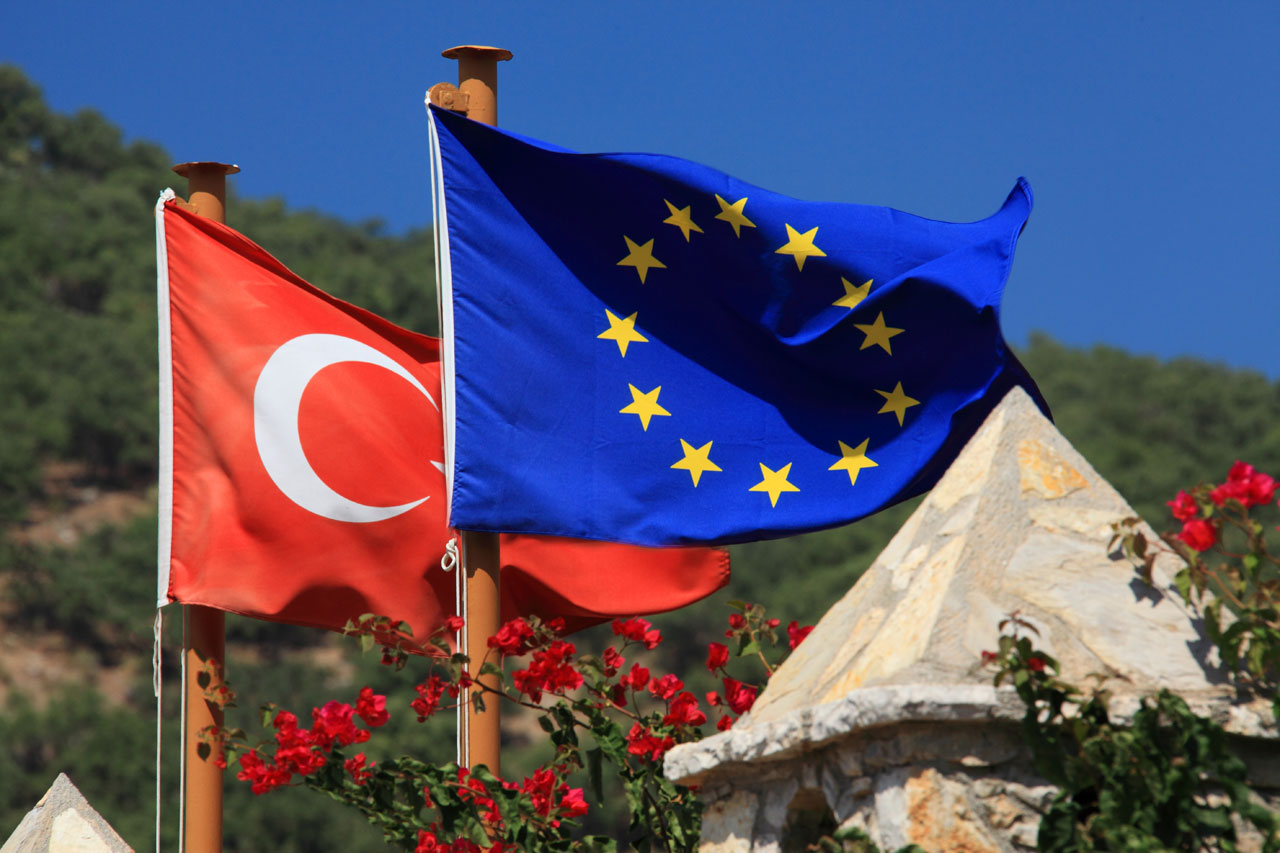 PiK: Why is this particular case so significant?

Ben Cooper: What was unusual with the case was that the court made a factual finding that the government of Turkey had deliberately misled the English court, which is very rare. I can’t think of another case in which it made that particular finding, and then gone on to find that the request itself was accordingly made in bad faith. So that was the key basis on which we won this particular case.

PiK: What did the Turkish authorities do to abuse that process?

BC: There were a number of grounds where the extradition was patently unjust and the proceedings were obviously unfair. Firstly, the Turkish authorities sought Mr Akgul’s extradition as a convicted person to serve a sentence. However, during the course of the extradition proceedings he won his appeal in Turkey, which entitled him to a full rehearing. Article 6 of the European Convention on Human Rights (ECHR) entitles him to be present for his trial – to defend himself in person and to participate in it fully. In the end they didn’t wait for him to come back and they proceeded with the retrial in his absence. Not only is this blatant violation of Article 6 but it also meant that they misled our courts, saying that they would wait for him to come back. This amounts to giving false evidence to our court. That was the reason I went to Turkey, to try to catch them out and to obtain new evidence to prove they weren’t to be trusted.

PiK: What evidence were you able to gather in Turkey?

BC: The visit was useful firstly to get evidence that showed that our judge couldn’t rely on their assurances or on the information they were providing. But also it was useful to show how unfair the system is to Kurdish defendants, who one can see are treated appallingly even within the court system itself. The prejudice is obvious. There is no regard for their basic procedural rights at all. The worst example I saw was of an 80-year-old unrepresented illiterate man, a co-accused of Mr Akgul, who couldn’t really understand why he was there. The judges, as part of his retrial, tried to extract from him a confession in court, which he didn’t finally give them, thankfully. But you could see they were prepared to convict him on that evidence alone.

The most extraordinary thing about Deniz Akgul’s case is that he was convicted first time round purely on the basis of one eyewitness, who completely recanted his evidence when he came to court. He allegedly told the police that Mr Akgul had joined him as part of an armed insurgency, when in fact at the time of the confession being given he was effectively being held incommunicado. God knows what actually happened to him but talking to his lawyer outside court he suggested he would have been badly beaten and tortured into providing this evidence. That was the sole basis on which the court was prepared to convict Mr Akgul, even in the face of [the witness] saying it was completely untrue. There was no proper evidential basis to convict him in the first place.

PiK: In court you argued not only that the government of Turkey were abusing the system in order to get Mr Akgul sent back, but also that extradition would be incompatible with his human rights. What were the grounds on which the extradition was finally thrown out?

BC: The request was thrown out on four different grounds. Firstly, that the government misled and therefore acted in bad faith and abused the extradition process. The court was simply not prepared to assist the Turkish government in the end because of the way it conducted itself in prosecuting this case, which is a serious indictment of the Turkish state and the way it is prepared to pursue Kurdish extraditions

Thirdly, the judge accepted that the extradition would be incompatible with Article 6, which protects the right to a fair trial. It is very rare to win on Article 6 grounds in any extradition case, because the court is not in a position to assess whether a fair trial is possible. Generally in an extradition case the bar is raised so you have to show, as a requested person, that the proceedings in your trial when you return would amount to a flagrant denial of justice – the most extreme form of an Article 6 violation. The court is normally very reluctant to make that finding but here, the court held that returning Mr Akgul to Turkey would give rise to a flagrant denial of justice.

Fourthly, the judge accepted that Turkey would not afford Mr Akgul his right to a retrial on return and that he wouldn’t be provided with a re-hearing in accordance with his successful appeal. They have an obligation to do that.

PiK: Reading through the judgement, it becomes clear that the Turkish state was heavily indicted in court. Evidence was shown to support the assertion that Kurdish people are seriously oppressed and persecuted in Turkey, that the state has been complicit in torture, that the criminal judicial system is failing Kurdish defendants and that this problem is ‘remains a systemic one’. Does this set a precedent for similar cases in the future?

BC: Yes, this is where the Article 3 finding is significant. There is a real risk that Mr Akgul’s rights under both Article 3 and 6 will be violated. Under Article 6, the judge held that the likelihood that Mr Akgul will face a flagrant denial to a fair trial is confirmed by the decision of the Turkish court to continue with the retrial in November, knowing full well that he could not be present for it. [The judge] accepted that there were significant shortcomings in both the trial in the first instance and the subsequent retrial. With regards to Article 3, the judge accepted he had been ill-treated when he was in custody in 2010.

PiK: The judgement shows that the court accepted that Mr Akgul committed a crime under Turkish Law. I would suggest that the vagaries of Turkish anti-terror law come into play here, and would question what constitutes a crime is highly politicised in such an environment. Is it possible then to argue that the proliferation of that kind of anti-terror legislation is itself evidence of authoritarianism in Turkey, of the kind the UK should be protecting its citizens from?

BC: My priority is to stop the extradition in whatever way I can, and it is difficult to use the case as a vehicle for the wider political points. But if it happens that the judgement makes strong finding in those areas then obviously it is helpful and can be used for further action.

But I think the case is relevant to that point in so far as Mr Akgul was prosecuted under anti-terror legislation on a completely erroneous basis in that there is no underlying evidence supporting the charges. I think this case is a strong example of a how prosecution of someone who has ‘provided material support for terrorism’ really takes place in Turkey. And think of all of the other people who are caught up on completely flimsy evidence which doesn’t stand up.

So it is useful to show the extent of the anti-terrorism law prosecutions, how they are applying these laws, and the unfairness of the court system in upholding them in the face of a complete absence of evidence. ‘Material support for terrorism’ is something fairly nebulous and difficult to pin down in many cases, and so given the seriousness, you would expect to see something concrete. What we can see here is not only was a lack of any concrete evidence, but barely any evidence to think of. As a result it was shocking that the court was prepared to ever convict him on the basis of that evidence.

PiK: How does this case compare with some other extradition cases, for example the ETA cases you have worked on? Are there parallels with how these governments (Turkey, Spain) have been pursuing extradition cases of its terrorism suspects?

BC: The English courts haven’t made any general findings of human rights violations against Spain in the same way they have against Turkey. I think maybe these cases demonstrate just how bad things are there, that they are prepared to go so far as to stop an extradition and make such strong factual findings against Turkey.

PiK: What can communities facing these kinds of cases learn from this result, in terms of effective challenges to extradition?

BC: I think the key is the quality of the evidence we put forward, for which I am indebted to Sanje Karakas, Professor Bill Bowring and my solicitors, who helped put all of that together. The only way to win these cases is with strong evidence, and I suppose once you have that the government really struggles to provide a serious reply to it. The reply in this case just wasn’t convincing at all.

PiK: From this case, do you read anything into the strategic relationship between the UK and Turkey, in terms of security policy, terrorism etc?

Well, this was an independent court making a factual finding on the evidence, and really strongly condemning the government of Turkey which was party to the proceedings in the English court; our court condemned their conduct. That is what is significant. I think it would be for the politicians or the activists to make the most of it.

Interview by Melanie Sirinathsingh for Peace in Kurdistan campaign.